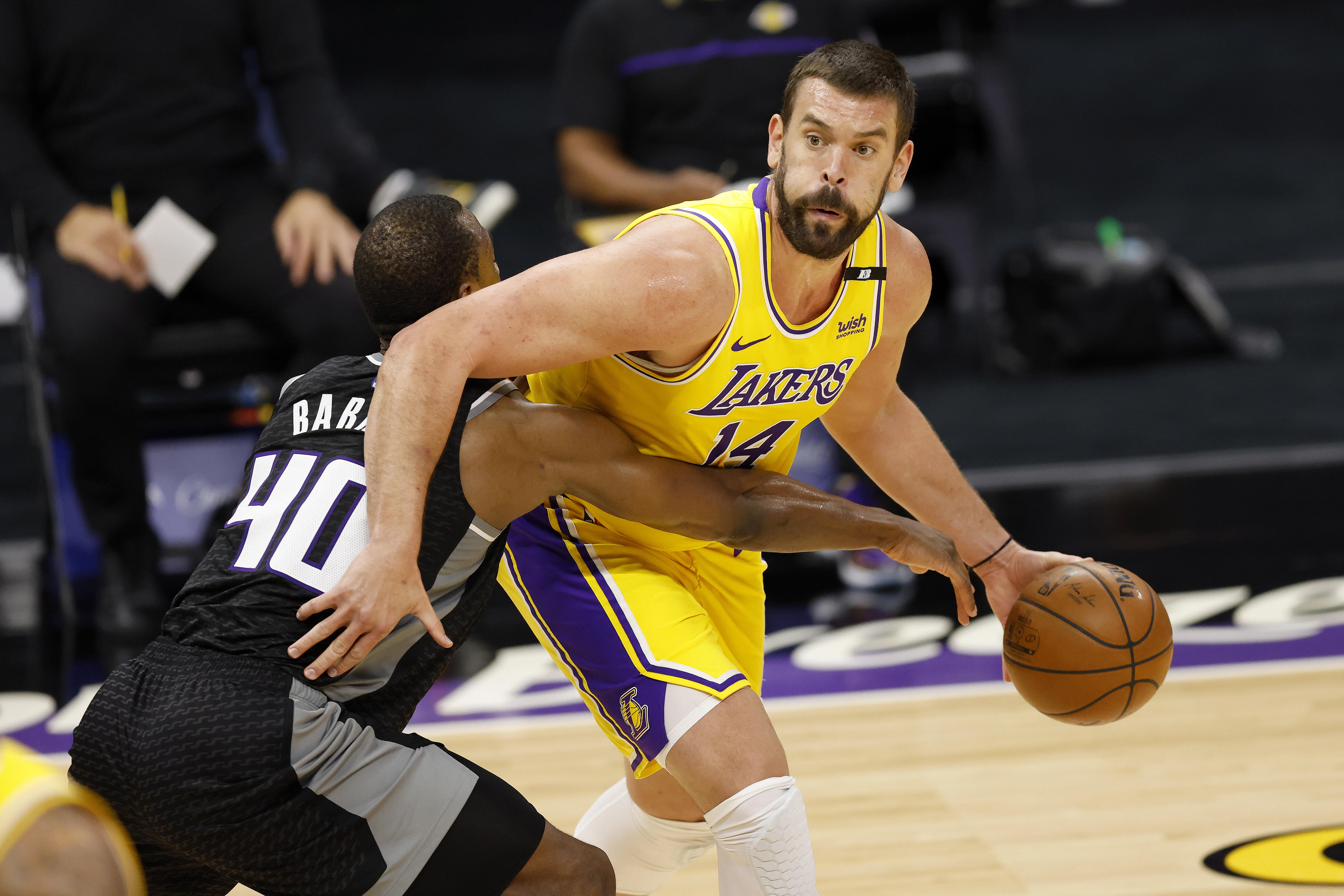 Marc Gasol leaves the Lakers and probably the NBA after 13 seasons in the American league. The 36-year-old Spanish pivot has been transferred by the Los Angeles franchise to the Grizzlies, but with the prospect of being released by the Memphis team to head to Spain with his family, according to journalist Adrian Wojnarowski. With the deal, the Lakers save Marc’s contract to accommodate their financial needs in exchange for a second-round pick of the draft of 2024 and the rights to the Chinese player Wang Zhelin. Cambalaches accompanying the announced farewell to the Sant Boi player.

The confirmation of the arrival of DeAndre Jordan to the Lakers a couple of days ago was the anticipation of Marc’s departure. At 33 years old, the American center was the last illustrious veteran to join the squad led by LeBron James and an inside game. in which Anthony Davis and Dwight Howard were already together with the Gasol middleweight. “It is not easy to accept that I am no longer plan A, but C or D,” explained Marc in April after the then signing of Andre Drummond. After having played a season and a half with the Toronto Raptors, with whom he won the ring in 2019, Marc never found a place in the Lakers.

Marc Gasol signed in November of last year a contract for two seasons with the Los Angeles team for about five million dollars. With the Lakers he has averaged the worst records of his career: 5 points, 4.1 rebounds and 2.1 assists on average per game in the regular season and 5.2 points, 3.8 rebounds in playoffs, in total 57 games with the illustrious Los Angeles franchise. The average 19.1 minutes on the court was also the lowest record in his career in the NBA.

Between February 28 and March 25, Marc missed nine games due to covid-19. With him on the track, the yellow team gained defensive efficiency, but it never had continuity. Drummond injured his foot in his first game and, in his absence, Marc Gasol started again, played 28 minutes and added 5 points, 9 rebounds and 6 assists in a victory for the Lakers in Sacramento (94-115). in a game that neither LeBron James nor Anthony Davis played, who were also injured. It was his best game in Los Angeles, but no Marc did not finish making a hole.

The center of Sant Boi is in the select club of players that has scored 10,000 points, 6,000 rebounds and 2,900 assists in the American league. Numbers that earned him to be chosen All Star on three occasions (2012, 2015 and 2017) and once in the best quintet in the league in the 2014-2015 season. A season that will remain in the memory of Spanish sport for the initial jump that Pau Gasol and his brother Marc starred in at the All Star held in Brooklyn.

The prospect of Memphis agreeing with Marc to terminate his contract opens a horizon of unknowns in the professional future of the player that last month, after the elimination of Spain in the last Tokyo Games after falling against the United States in the quarterfinal crossing. , announced his retirement from the Spanish team. Pau’s withdrawal was already known. Not so much that of Marc, often overshadowed by the enormous size of his brother. “It is time to get off the wonderful ride that we rode 15 years ago. It is time for young people to take over and enjoy this too. It has been 15 years of great effort and great success. I have enjoyed the experience, but now is the time to quit, “summarized Marc in the galleries of the Saitama Super Arena in Tokyo, the stage where he launched his career by proclaiming himself world champion in 2006.

On several occasions, Marc Gasol has publicly confessed his romantic idea of ​​playing at least one season at Girona, the club of which he is president, before his retirement. There has also been speculation in recent times about the possibility that Pau Gasol and his brother Marc coincide at least one year at Barça. Pau has not yet resolved the dilemma between the continuity or the definitive withdrawal of basketball. A shadow that now also hangs over Marc.