Ione Belarra: “In the next few months the Government will risk its re-election” 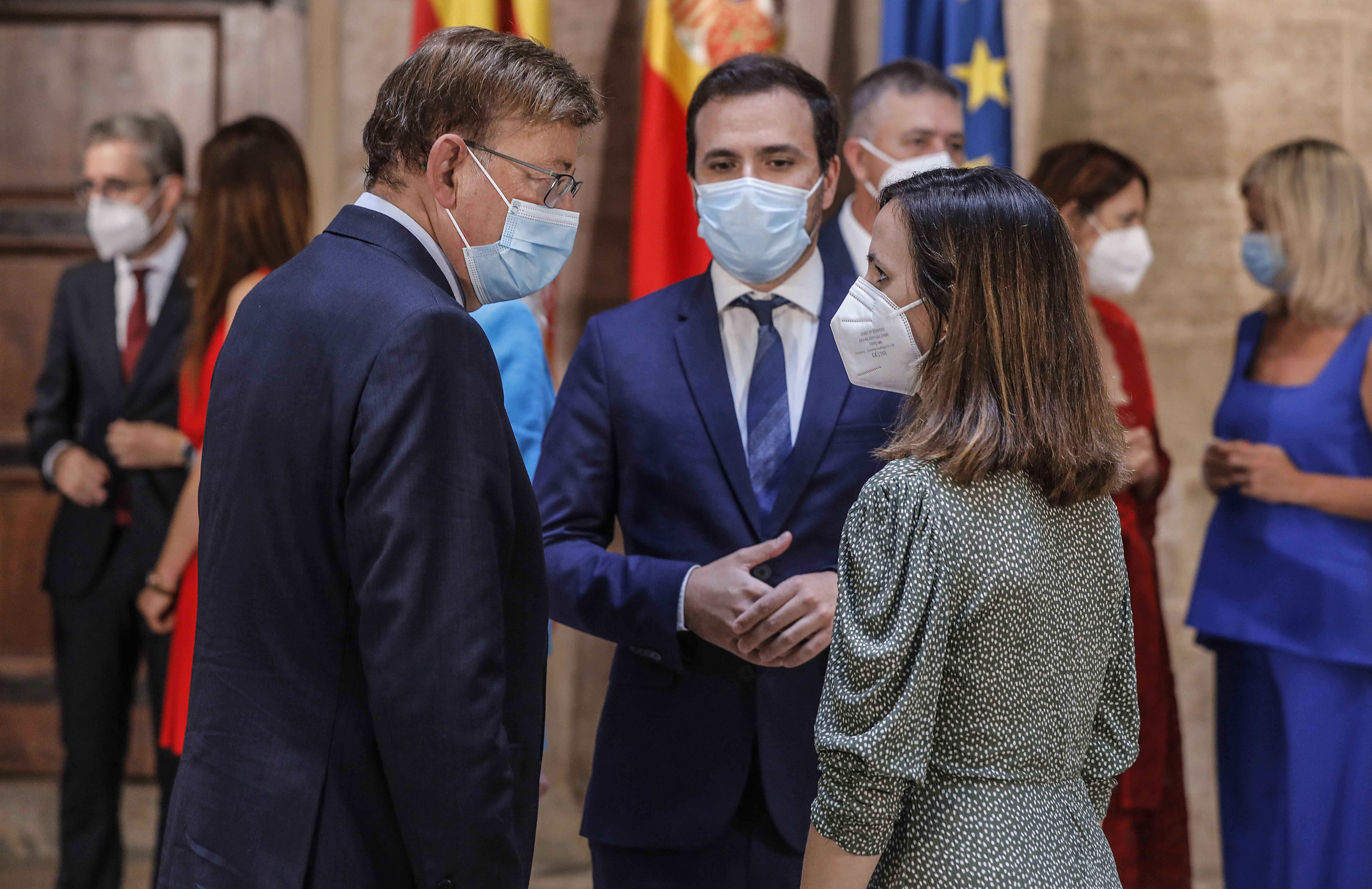 United We can start the political course convinced that in the coming months “the Government is risking its re-election.” With the price of electricity at historic highs, a problem that has already become the main one of the coalition, the Minister of Social Rights and Secretary General of Podemos, Ione Belarra, has addressed this Friday to the Executive of her party and He has called for the construction of a “new common country project” that allows for the deployment of an “ambitious” social agenda. In the same vein, the second vice president of the Government, Yolanda Díaz, highlighted hours before in an interview on TVE the importance of the next quarter, a period “overturned” in the transition towards ending the crisis and the structural reforms in which she ruled out a Cabinet reshuffle that affects your group’s ministries. Belarra has also criticized the blockade of the General Council of the Judiciary and the situation of the Monarchy, considering that they “put democracy in difficulties”.

“The next few months are going to be decisive because the first stones of a building are the most important,” said the Secretary General about the construction of a new project that in her opinion should be based, among others, on social justice or sustainability.

In line with what has been advocated so far, and as Podemos’s workhorse, Belarra considers it essential to work so that the State “regain control” against the electricity oligopoly and promote immediate actions to lower the electricity bill, such as price regulation of hydroelectric and nuclear energy, or the prohibition of supply cuts. The third vice president, Teresa Ribera, is working on a battery of measures that will foreseeably reach the Council of Ministers next Tuesday and on which Díaz has preferred not to comment. “I keep that the president has promised to lower the electricity bill before the end of the year,” he said on TVE. Asked about the public energy company, the second vice president has stated that although this measure is not part of the Government agreement, neither was the expansion of the El Prat airport, to which United We can oppose, and which has just been paralyzed. “Life is very dynamic”, has dropped.

To carry out the structural change to which Podemos refers, the formation believes the next Budgets are essential, now in negotiation between the Government partners, and in which the party advocates addressing the tax reform “once and for all”. In Belarra’s opinion, the minimum tax of 15% for large corporations should be “one of the vanguard measures” of the Government, as well as the elimination of the so-called pink rate to feminine hygiene products or the reduction of VAT to hairdressers. In addition, it has included measures to regulate the electricity market and prohibit cuts in basic supplies, the extension of paternity and maternity leave to six months, the extension of the network of public nursery schools, a universal parenting benefit or the increase in minimum and non-contributory pensions as other aspects that should be included in the budgetary agreement.

“It would not be logical to approach this negotiation without the agreements closed last year already being a reality,” Belarra also warned about the breach in the regulation of the price of rents, a commitment that Podemos and PSOE closed in October 2020. ” It is essential to take care of the loyalty of the Government to the programmatic agreement signed at the beginning of the legislature and thus protect the majority that supports it, ”he insisted.

In a speech lasting about 20 minutes, after attending the inauguration of the new vice president of the Valencian Generalitat, Héctor Illueca, in the morning, Belarra criticized the situation of the General Council of the Judiciary and the Monarchy. “The blockade of the CGPJ by the PP and the flight of the former head of state in the face of corruption scandals put our democracy in difficulties in the face of the international community and the public as a whole,” said the minister. “More and more people are asking uncomfortable questions,” he added. “Why doesn’t Lesmes resign if he’s so worried? Why do they continue to make key appointments in the judiciary, always associated with the Popular Party? Why is the PP permanently out of the law?

The secretary general of Podemos has also referred to the “historical responsibility” to “continue growing” to meet political objectives in a period of consolidation of the new project after the departure of former vice president Pablo Iglesias. “For that you have to talk to everyone, you have to open up, you have to keep adding, as we have always done,” claimed Belarra. The party is not publicly shuffling a name other than Yolanda Díaz to lead the candidacy in the next general elections, although the vice president, who is not a member of the party, is reluctant to openly accept the assignment.

Asked about it this Friday, Díaz again postponed his decision, although he again outlined the master lines of his own project whose final fit in United We can still be seen. “There is a modern Spain, a Spain that wants changes, that wants a country that, as we have shown in the crisis, looks to Europe, with very active women, with the policy of care at the center and dignified lives,” he said. . “We have differences with the PSOE and therefore, yes, I am going to raise that country project, I am going to listen to a lot of people and then I will decide what to do.” The Minister of Labor, who on Thursday visited with the mayor of Barcelona, ​​Ada Colau, the area affected by the expansion of El Prat, added that she is already having “multiple contacts” and advanced that on Monday she will meet with the Valencian president, Ximo Puig (PSOE), and with Vice President Mónica Oltra, from Compromís. In Podemos they keep repeating it: “Yolanda Díaz is plan A and plan B”.