Men’s volleyball euro: the Blues still undefeated after their clear victory against Latvia 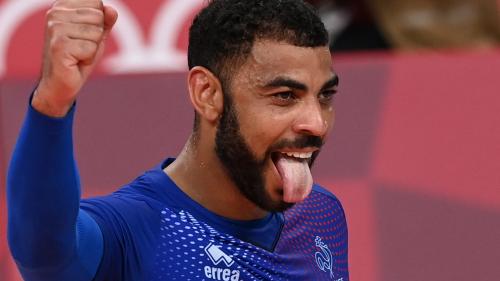 Already qualified for the round of 16, the French continued their flawless performance in this Euro against Latvia, in Tallinn on Wednesday September 8th. A victory in three sets (25-18, 25-14, 25-17) which allows the players of Bernardo Rezende, said Bernardinho, to finish in first place in the group even before the last match.

Jostled against Germany (3-1 victory) Tuesday, the French this time left only crumbs to a less imposing opponent. After a first round of good quality, the Blues then proceeded. The French, who now have 12 points in the standings, are sure to finish first in Pool D. They will end their group stage tomorrow at 7 p.m. against Estonia, the host country.

The new coach of the Blues Bernardinho, continued his workforce review. Even if the indestructible Patry, Ngapeth and Grebennikov played a large part of the meeting, Yacine Louati took the opportunity to scavenge playing time and show himself to his advantage.

Above all, Antoine Brizard’s teammates were able to facilitate their task by quickly concluding the meeting. In just over an hour, they dispatched an opponent well below their level. The Blues had fun, and should continue this momentum tomorrow, against Estonia, an opponent of the same caliber.

The opportunity to conduct a final staff review, before the start of the direct elimination phase. With their first place, the French will face the 4th in Group B, on Monday 13 September in Ostrava. An opponent that should be the Czech Republic, Bulgaria or Belarus.