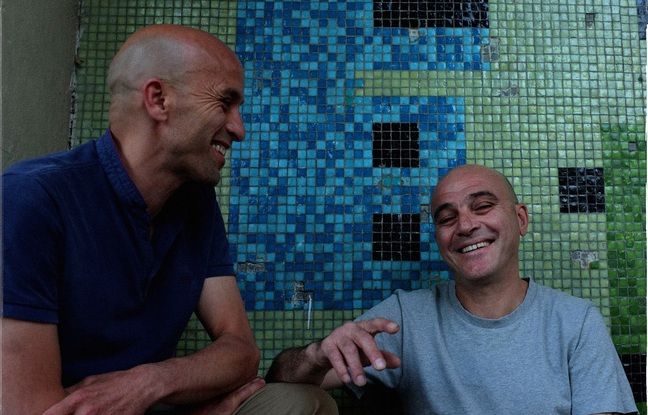 Was it important to mark the occasion especially on September 9?

Claude Nougaro was born on September 9, 1929, we also have nine tracks on the album, even if we could have put one or two more. It is also symbolic, because it was on that date, in 2018, that we met Hélène Bignon, her sister, who offered to send us unpublished texts after a convivial moment to celebrate Claude’s birthday. at the invitation of his daughter, Cécile. Three years later, we are happy to bring this project to life.

Is it difficult to get hold of texts from such a monument of French song?

It’s real pressure to have a gift like this. Beyond the gesture of entrusting us with these texts, it is their quality and what they represent, the musicality that they carry within them. Finally, the more we worked on it, the more moments we had when we said to ourselves “we have to be up to the task”. Our objective is really to embody, not to make Nougaro on Nougaro, to live the texts, to live their poetry and to try to put our history. We are in a relationship of transmission, we are from the same neighborhood as Claude Nougaro, we had the chance to meet him, to experience unforgettable moments by his side. Until he himself wrote us a text in 2002, Commuter boots.

And this title appears on the album?

Yes, for us it is the genesis of the relationship that we continue to have through the texts he left. This text immediately moved us, so much it described this universe in which we grew up, that is to say these districts, very alive, filled with empathy, it is the poetry of Claude Nougaro.

Are there also texts that echo your own journey?

It’s incredible, because the first text we receive is Curdled milk. We grew up and we were raised on curds. We are the children of a Kabyle shepherdess, installed in the district of Minimes, she made us curdled milk in the apartment, she did not throw out the milk which had turned sour. We receive the text and we say to ourselves, it’s a shared story on a territory.

It’s Toulouse of course, but it’s the Minimes in particular. Including in our political consciousness, we have the idea that we are closed on a territory, we share it, we grow on it. We are very attached to this notion of tribe, to be together to build something locally. This is the idea that we feel while working on these texts.

Is it important to pass on Nougaro’s texts to new generations?

It is part of a common heritage. We know that when we know Nougaro’s work, we are faced with an artist who, starting from Minimes, was one of the first to make an album in Brazil, in Africa. A poet who wears a banter who speaks to us, we find ourselves in his way of carrying words. In a tradition of French song, he has contributed enormously. It remains the biggest star in the neighborhood.

What did Claude Nougaro’s family think about it?

Of course, that was even the most important criterion for us, that we like it and that it speaks to them. Let them not have this idea that we have gone astray or that we have not taken up this challenge. We had wonderful feedback from the whole family.

Loiret: a minor in custody after a false bomb threat in a college