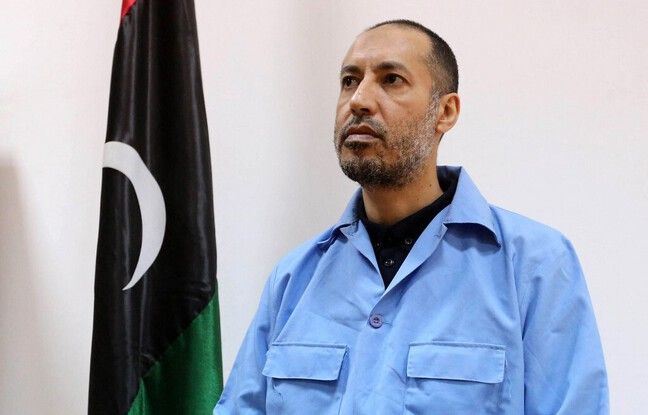 Saadi Gaddafi, one of the sons of former Libyan leader Muammar Gaddafi, detained in a prison in the capital Tripoli since 2014, was released following a court ruling dating back several years, according to a source from the ministry of Justice. “Saadi Muammar Gaddafi was released from prison, in execution of a court decision” issued several years ago, a source from the Ministry of Justice said on Sunday without specifying whether he was still in Libya.

“The Attorney General requested, several months ago, the execution of the decision on the release of Saadi Gaddafi as soon as all the required conditions have been met,” she said, recalling that he was ” free to stay or to go ”. Many local media reported this Sunday evening that Saadi Gaddafi had already left Libyan territory on a flight to Turkey.

Extradited from Niger on March 6, 2014, where he fled after the 2011 uprising, Saadi Gaddafi, 47, was tried and acquitted in April 2018 by the Tripoli Court of Appeal for the 2005 murder of a former coach from Tripoli Al-Ittihad Football Club, Bachir Rayani. He was also to be tried for his alleged involvement in the murderous repression of the revolt that ended the regime of his father Muammar Gaddafi in 2011.

Since 2011, Libya has sunk into chaos, marked in recent years by the existence of rival powers in the East and the West against a backdrop of foreign interference. Despite the end of the fighting in 2020 and the conclusion of a truce, followed by months of negotiations to find a solution to the conflict, the divisions quickly resurfaced, and the holding of the elections becomes more and more hypothetical in the absence of a constitutional framework supposed to govern them.

Saadi was the third son of the Libyan dictator who took power after the bloody coup of 1969. For 42 years, the “leader of the Revolution” ruled his “Jamahiriya”, or “State of the masses”, with a iron fist but without great consistency in its decisions.

The country’s economy was crippled by the whims of the wayward ruler, who was accused of using oil-derived resources to fund rebel groups in Africa and elsewhere. He concentrated power within an ever smaller family circle and destroyed any institution, political or military, competing with him.

At the same time, his family lived in displayed opulence, traveling in private jets, sports cars and large yachts. On October 11, 2011, rebels attacked Sirte, the home town of Muammar Gaddafi, where the leader and his son Mutassim died. Another son, Seif al-Arab, also died in a NATO bombing in April 2011, while his brother Khamais perished in combat four months later.

Other members of the Gaddafi clan survived, including his wife Safiya, his eldest Mohammed, his daughter Aisha, his sons Seif al-Islam, long seen as his successor, the high roller Hannibal and the playboy Saadi.

The latter, former boss of the Libyan football federation, was first known for his brief career in the Italian league before Interpol demanded his arrest and that of his family for their role in the 2011 crackdown. Perugia club recruited Saadi in 2003 at the request of Italian Council President Silvio Berlusconi, who had close ties with Libya.

At a mediocre level and suspended for three months for doping, Gaddafi’s son played very little, the peak of his football career being having remained on the field for 15 minutes against Juventus in 2004.