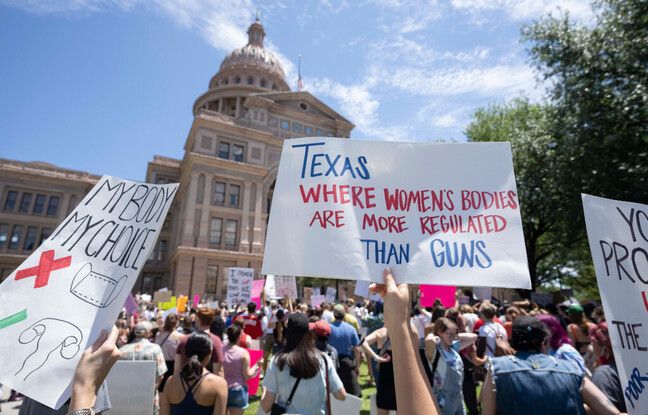 The debate rages between pro and anti-abortion. But the US government seems to have made up its mind. The Department of Justice on Monday promised to protect, with the means of the federal state, the clinics performing abortions in Texas. This southern state of the United States has just adopted extremely restrictive legislation on the voluntary termination of pregnancy.

The ministry “will provide federal law enforcement support if an abortion clinic or sexual and reproductive health center is attacked,” Minister Merrick Garland said in a statement.

Contacts have already been made with prosecutors and with the offices of the FBI in Texas, it is specified.

“We will not tolerate any violence, physical hindrance or material harm against people seeking or providing contraceptive services,” the statement said.

A throwback to the past that not everyone likes

The ministry invokes a law of 1994 (Freedom of Access to Clinic Entrances Act or “FACE”), which prohibits any form of violence against the exercise of the right to abortion.

The Biden administration is seeking by all means to legally counter Texan law, which the US Supreme Court has refused to suspend, dealing a major blow to the right to abortion.

Texas now bans abortion once the embryo’s heartbeat is detected, around six weeks pregnant, when most women don’t even know they’re pregnant. Except in a medical emergency.

Six months later, the fragile momentum of the Pope’s visit to Iraq

AMLO announces the start of the Pemex debt restructuring

AMLO announces the start of the Pemex debt restructuring