A democracy of adversity 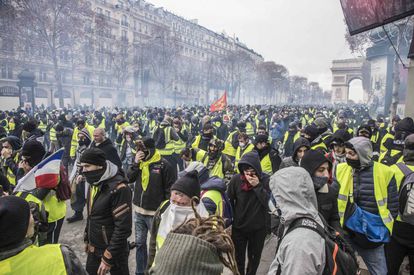 Opinion polls, statistics or grand theories are not enough to decipher the black box of expectations, outrage and fears that currently inhabit us. We must know and take into account the sufferings, difficulties and obstacles that can suddenly interrupt our lives to the point of ruining them. From the adversities we suffer, emotions arise — resentment, hatred, indignation, bitterness — almost always negative, which condition attitudes and behaviors and frequently favor the vote for populist formations.

This is the starting point of the French historian and sociologist Pierre Rosanvallon, a prominent scholar of democratic dysfunctions, to understand the most recent social mobilizations, from the yellow vests to the MeToo, passing through Black Lives Matter. Your book The trials of life (The adversities of life), published by Seuil, in which he develops his original approach to political disaffection, appears seven months before the French presidential elections, in which an unusual display of the politics of emotions is expected.

There are three types of adversity according to Rosanvallon’s classification. The first is the adversities of the individual and their integrity, which are what dehumanize men and women. The second, that of the social bond, in which adversities arise from a social hierarchy or from forms of collective domination and are specified in three pathologies of equality such as contempt, injustice and discrimination. And the third, that of the adversities of uncertainty, which range from the accidents of existence – poverty, precariousness, major diseases – to pandemics, climate change or geopolitical risks.

The historian wants to know such a subjective matter on a basis that is not provided by conventional and objective instruments. It also wants to reappropriate a territory occupied by right-wing or left-wing populisms, authentic “entrepreneurs of emotions,” who have understood the role of feelings in politics and have built their normally destructive programs with them. It thus launches the difficult idea of ​​a democracy that takes charge of adversities, and allows “citizens to objectively understand uncertainties”, and politicians, to govern them. It may be just an intellectual dream, but there will be no way to govern decently and democratically in the era of global anxiety that we are inaugurating if we do not know and try to make political the feelings that mobilize us.