Sofiane presents “We were legends”, the series he produces 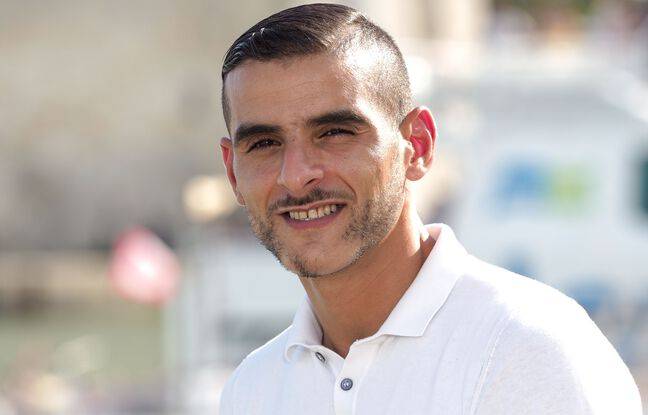 A new string to his bow! Rapper, owner of the Affranchis Music label, Rentre dans le Cercle host on YouTube, actor (Les Sauvages on Canal + or the Magnificent Gatsby at the theater),
Sofiane Zermani, alias Sofiane, known as Fianso, was present at the Forum Séries Mania to present his new project, We Were Legends, a promising 6×52 minute miniseries, created by Mounir Benali, that his company San Siro Films is co-producing with Birth. “At Séries Mania, we didn’t come to look for partners, we came to look for dreamers because it is a big dream project. We have this project in our hearts, we have it in our guts, ”he confides exclusively to 20 Minutes.

We were legends begins in April 1958, a few weeks before the start of the FIFA World Cup, which takes place in Sweden. “1958 is the start of the Algerian war, but not really the start, it’s already well underway”, comments Sofiane Zermani.

“A peaceful weapon, the ball”

This miniseries tells the story of a band of “footballers, stars of the French championship, who play for the France team, considered as French, but born in Algeria and whose hearts, history, memories and wounds are Algerians ”.

They will leave France to join the headquarters of the National Liberation Front (FLN), based in Tunis. “They will give up, women children, comfortable life and all that we can know about the life of footballers, overnight, leaving clandestinely, pursued by the French police, prevented by FIFA (International Federation of association football) from playing », Explains the producer. In France, their disappearance caused a scandal and the front page of all the newspapers.

By constituting the FLN football team, they will promote the ideal of Algerian independence by playing gala matches around the world. “See the Algerian war differently through a peaceful weapon, the balloon. It’s beautiful, ”greets screenwriter Mounir Benali.

“They will go on a crazy 90-game adventure around the world. They will play under Ho Chi Minh in Vietnam, under Bourguiba in Tunisia, wherever we welcome them and where we accept that the message and the Algerian dream have a resonance. “

“Their history, forgotten, must be told”

“It all started with my father, a football fan who played football at a certain level in the 1970s, who told me this incredible story. At first, I didn’t believe it so much that it seemed improbable to me! », Says Mounir Benali. “It’s his original idea, he has cherished this script for several years, he told me about it about three years ago. In the meantime he met Hugo [Legrand-Nathan, Birth] », Continues Sofiane Zermani.

In this series, Sofiane Zermani will embody Rachid Mekhloufi, the leader of this football team. “Over the writing, a face emerged. And yet, this face which is right next to me was not yet an actor, ”explains the screenwriter. “What made us laugh was when we saw the physical resemblance,” laughs Sofiane Zermani.

And to add: “All these players are legends. In reports or documentaries on football, all the players say: there was Michel Platini, there was Zidane and there was Rachid Mekhloufi. We believe that their forgotten story must be told. We think it’s fair, and above all we think that it conveys a message that is just incredible, a unifying idea that makes us want, us that makes us dream. “This story resonates with other peoples who also thirst for freedom”, adds Mounir Benali.

“A way of making De Gaulle our own”

“The series begins with the intervention of General De Gaulle who says:“ Mr. Rachid Mekhloufi, France is you ”. This sentence, which he addresses to Mekhloufi, has a great resonance in 2021 ”, estimates Hugo Legrand-Nathan, co-producer of the series.

“I was born in France, I have this country in my heart, all my family comes from this country. I do things there, I throw things there, I experience things there, ”says Sofiane Zermani. And to explain: “When the series opens on General De Gaulle who says to Rachid Mekhloufi,“ France is you ”, we, as Franco-Algerians, we are super proud. I shudder for Rachid Mekhloufi, who heard himself say that in a locker room! When Mounir writes this, I have the impression that it is also a way of making De Gaulle our own in the end. He’s a great man, ”explains Sofiane Zermani. With this series, the rapper hopes to “comfort some people on their identity” and “send a message of communion and union. “