VIDEO. Which French brands finance, through advertising, conspiracy or disinformation sites? The top 5 of “Further investigation” 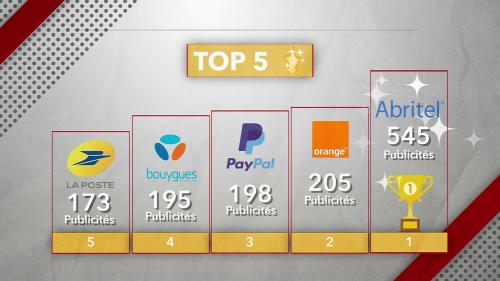 They are computer scientists, teachers, retirees… They live in Toulouse, Montpellier or the Paris region. For “Further investigation”, they accepted a mission: for seven weeks, they browsed websites identified as conveying deceptive content by multiple information verification organizations.

Sites suggesting that carrot juice can cure cancer, or claiming that the Rothschild family control the World Bank and the US government … Between May and June, at the request of journalists, these citizens made captures of screen of all advertisements displayed there. They sent them to Aude Favre and Sylvain Louvet, who sign a document to be seen on September 2, 2021 in “Complément d’études”.

For their investigation into the financing of “fake news”, they had noticed that they came across ads for big brands every time they consulted a site specializing in the dissemination of false information. On the American site Breitbart, for example, which considers global warming as “a myth”, Orange is promoting a money transfer application …

How can big brands appear next to “fake news”? On the web, advertisers target an audience, without necessarily choosing the media on which their campaigns will appear. Personalized ads then follow the consumer as they browse the net …

An experience of unprecedented scale

What are the French brands that finance, through advertising, conspiracy or disinformation sites? To identify as many as possible, “Complément d’études” launched this experiment on an unprecedented scale. To constitute this panel of all ages and all social backgrounds, journalists launched a call on social networks in April 2020.

At the end of these seven weeks of experience, they were able to establish a ranking of the French brands most present on the twenty disinformation sites consulted by their panel between May and June 2020.

When contacted, the vacation rental specialist and ranking leader said: “We apply strict security controls to ensure that our ads are not shown on sites with inappropriate content. note the presence of our advertisements on sites contrary to our values, we take the appropriate measures to block these pages. ” A roughly identical response was provided by most brands – but only by email.

Extract from “Fake news, the money machine”, a document to see in “Further investigation” on September 2, 2021.