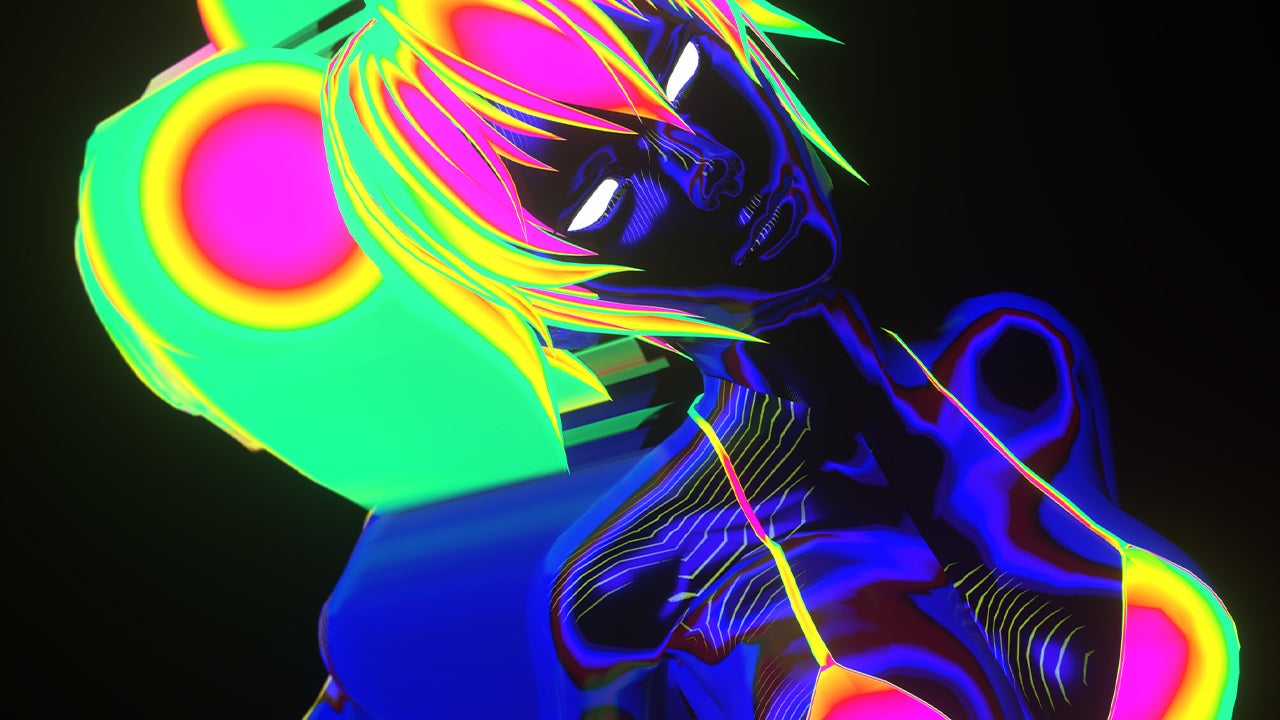 Developer/publisher PM Studios has announced No Longer Human. A game with unique visual style and gameplay is described by PM as “energetic cybergoth action fvck-em-up.” The game is slated to be released for PC in 2022 and consoles at a later date. Watch the announcement trailer above.

The developer mentions Devil May Cry and Smash Bros. as inspiration and supports speedrunning in the design. In the game, you play as Tsunono, a badass woman in a metaverse that everyone will have easy access to in the near future.