No gold for France, Lurée ends in beauty… The recap of the night 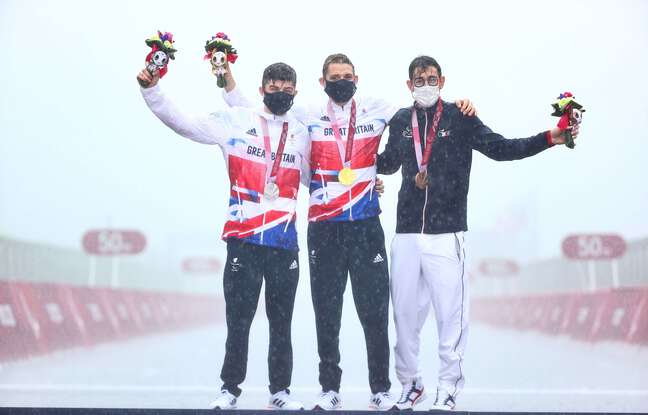 Small morning disappointment, France wakes up without its little golden pleasure in the morning in Tokyo. The Paralympic tricolor delegation did not manage to collect an additional gold medal on the night of Wednesday to Thursday, but it does not return empty-handed from a day of trials still marked by the consistency of the enthusiastic French cyclists. France has 42 medals but slips one place on the medal table (14th).

Alexandre Léauté finished his Paralympic Games with as many podiums as individual events. The French cyclist won a bronze medal on Thursday in the road race (category C1-C3) at Fuji Speedway. “At 20, to make four medals, I do not have the words, it’s just fantastic”, relishes for his first Games the Breton who pedals only one leg, being hemiplegic on the right side.

Under the flood – “a complicated weather, with a lot of rain, dangerous turns” he lists – Alexandre Léauté was the fastest among the group of pursuers who arrived almost seven minutes after the British duo who took the first two places at the end of a hilly course of 79 kilometers. “In this sprint, I have never been so shabby, I had cramps 500 meters from the line,” says the medalist.

The general practitioner, already a bronze medalist on track in pursuit (category C5) doubled the bet during the road race.

Born with a malformation in one foot, the protégé of Grégory Beaugé took third place after a course identical to that of Alexandre Léauté. Only preceded, also by two British, including Sarah Storey. The latter, with her 17th Paralympic gold medal (including three in Tokyo) became the most successful Paralympic athlete in her country.

A marriage proposal on the Olympic track

The beautiful image of the evening comes from athletics and the Olympic stadium in Tokyo, where Cape Verdean guide Manuel Antonio Vaz da Veiga proposed to his partner Keula Nidreia Pereira Semedo after crossing the line together on their 200m series. (T11). Without spectators around, of course, but with other guides and runners to applaud them on the track. The Games we love.