Hurricane Ida could be costliest in history, UN says 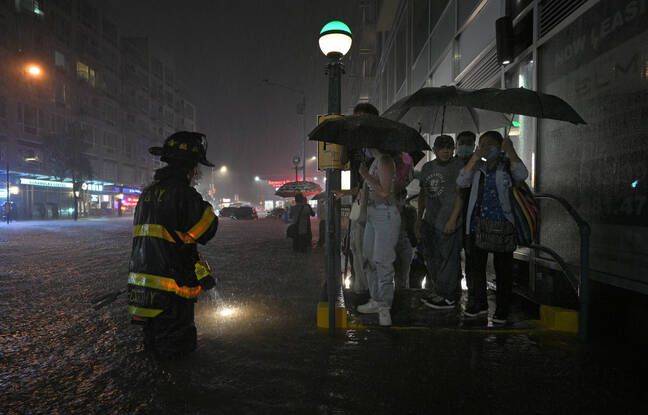 Hurricane Ida, which swept through Louisiana over the weekend, could prove to be the costliest weather disaster in history, the UN said on Wednesday, nonetheless welcoming that preventive measures have reduced the number. of victims.

Ida killed less than half a dozen people, according to a still provisional assessment by the American authorities, but severely damaged the electricity network.

“Very often the economic impact is not felt until after the event and that is what is likely to happen in this case because we have seen major damage to the power grid in Louisiana, there are chances that the economic cost is higher than Katrina ”, indicated Petteri Taalas, the secretary general of the World Meteorological Organization, Wednesday during a press briefing, stressing however that the evaluations of the impact are still in progress.

“We do not know how much it will cost in the end”, it will depend in particular on the return of electricity, explained Petteri Taalas, but he judges that within a month there will be an estimate of the final cost.

An estimated economic cost of $ 163.6 billion for Katrina

Katrina had flooded New Orleans in September 2005, officially killing 1,800 at an economic cost estimated at $ 163.6 billion, according to the estimate of the WMO, published Wednesday in its Atlas, which lists the number. deaths and economic losses due to extreme weather, climate and hydrological events from 1970 to 2019.

This amount makes it the costliest weather disaster in history, followed by Hurricanes Harvey and Maria, which hit the United States in 2017, with an estimated cost of $ 96.9 billion and $ 69.4 billion, respectively.

For her part, Mami Mizutori, who heads the UN agency for disaster risk reduction (UNDRR), stressed that the “multi-risk” world in which we live “demonstrates the need to invest more in reduction. of the risks presented by disasters, in prevention ”.

Ida, according to her, is a perfect illustration of what the authorities must do. “The economic losses are going to be high, but the good news is that for this hurricane Ida, which hit on Katrina’s anniversary, the death toll is very, very low,” Mizutori said.

“What made the difference this time around was that the city (of New Orleans) developed a new hurricane and storm risk reduction system and invested $ 14.5 billion in anti-flooding devices and dikes, ”she insisted.

Meanwhile, New York State Governor Kathy Hochul declared a state of emergency overnight Wednesday through Thursday due to dramatic flooding caused by the passage of the remnants of the hurricane, which left already hard hit Louisiana and the south of the country. A final report shows seven deaths after the passage of the storm.