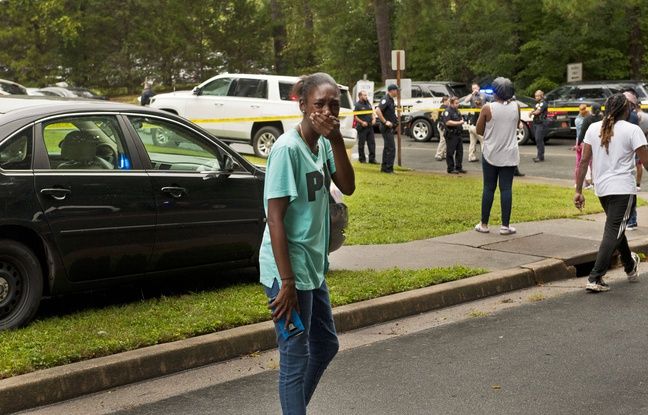 A new gun drama comes to mourn the United States. A student was shot and killed Wednesday in a shooting at his high school in North Carolina, police said. The suspect, who is also said to be a high school student, was taken into police custody at the end of the afternoon.

Winston-Salem City Police were dispatched to Mount Tabor High School in the middle of the day, its boss, Catrina Thompson said. On the spot, the police found a student with gunshot wounds, taken to hospital. There, the high school student “succumbed to his injuries,” said the chief of police, in tears, without specifying the age of the victim.

After a year largely spent taking online courses, the return to school this week in the United States is reviving fears of school shootings, a real scourge in American society. Illustration of this constant danger, this shooting is already the second in a high school in North Carolina since the beginning of the week.

These facts are listed by the local media, but they seldom make the headlines of the national media. Only a bloodbath, as in Parkland, Florida in February 2018, and its 17 deaths, today causes a shock wave.