Driven by Bosnia, should we be worried about the Blues? 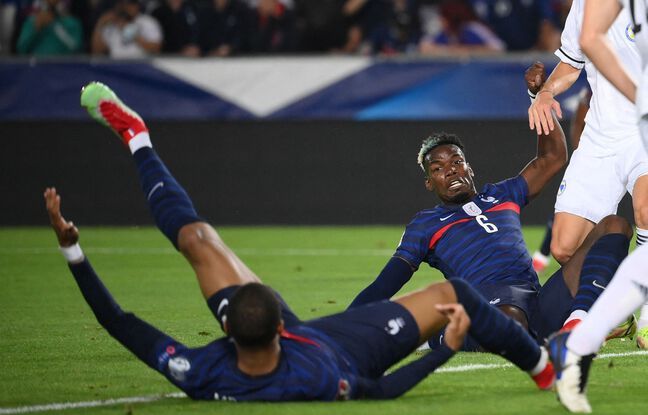 At the Meinau stadium in Strasbourg,

It was Munich. Again on June 15, the Blues slapped the Mannschaft at home for the opening of their Euro (1-0). By being rickety, sometimes dominated but always allowing a sense of control to breathe. As if not much could happen to these reigning world champions, still on their Russian cloud.

Two and a half months later, Didier Deschamps’ players changed floors. They no longer float above many people. Not even modest Bosnia-Herzegovina, in great difficulty for years. At other times, the Pjanics, Dzeko and other Kolanisacs would have left home with a 2 or 3-0 clean in the suitcases. Wednesday evening in Strasbourg, they won the draw (1-1).

Worse, the 55th world nation in the Fifa rankings was not far from winning. The fault, it is partly true, with a team of France which was reduced to ten in the 50th minute of play after the exclusion of Koundé. But this numerical inferiority does not explain everything. As in their three previous outings (Hungary, Portugal, Switzerland), Lloris and his team still conceded the opener. What crumpled their coach.

“There is significant room for improvement”

“The regret I have is how the goal arrives. Thomas’ side pass [Lemar] is unhappy because we are in the process of building ”, explained“ DD ”, refusing to point out a defense that he found“ rather solid ”. Even at 11 against 11, it did not yet breathe serenity on several interventions, including from Varane, that is to say.

The usual base of the Blues more fragile than before, the whole team still struggled. There again, the experimental environment Veretout-Lemar-Pogba did not help and the absences of Kanté and Rabiot were felt. And in front, the famous trio often presented as the best in Europe did not make much sparks. Just caused small, fleeting flames.

“There were good things with sequences, individual actions even if it remains perfectible”, defended their coach by putting this ineffectiveness on the account of the pseudo Bosnian bus. “It’s not easy when faced with a low block […] The opponents make sure to reduce the intervals and spaces in front of them. But it is certain that the margin of progress is important on the offensive animation, with the individual quality of these three players. “

“We are trying to give ourselves a new impetus”

In short, line by line, it was not brilliant and even less overall. Would the concern be psychological? What if the catastrophic scenario suffered by Switzerland in the last ten minutes still poisoned some minds two months later?

“Honestly, the Euro is a thing of the past. We are trying to give ourselves a new impetus, ”replied captain Hugo Lloris. “It was a back-to-school game, we are all at different levels of preparation. We cannot be satisfied with this draw but we are looking ahead. We had already started with a draw in March last year against Ukraine and that did not prevent us from taking six points afterwards. »Then to crash a few weeks later, yet in full confidence. But that was before.