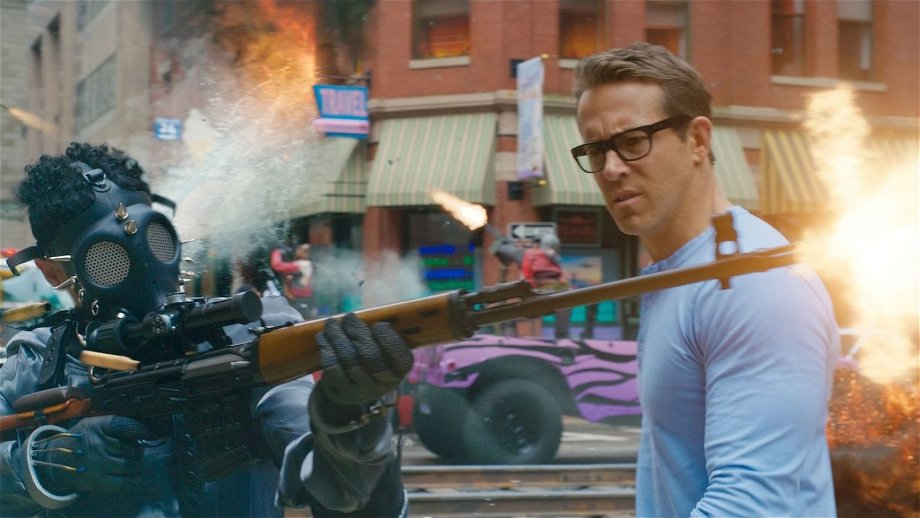 The latest cinema figures are back in, so it’s time for the weekly cinema top 10 again. The most popular film this week is this time action film Free Guy (2021) starring Ryan Reynolds. The film is closely followed by Paw Patrol: The Movie (2021).

In addition to Free Guy and Paw Patrol, the Dutch comedy Luizenmoeder – De Film (2021) is still very popular, with Ilse Warringa in the lead role. New in the top 10 are also horror film Candyman (2021) and science fiction film Reminiscence (2021) with Hugh Jackman.

7.6 Movie Times • Guy (Ryan Reynolds) is a bank employee who follows the same routine every day. He wakes up, goes to work, survives a bank robbery, always plays and loses a game of softball, then has a drink with his teammates before going to bed.

Movie Times • When their worst enemy Humdinger becomes mayor of nearby Adventure Town and begins to wreak havoc, Ryder and the heroic pups kick into high gear to stop him.

Cinema times • After the departure of director Anton, Ank and her colleagues try to get the school back on track, but that is not without a struggle.

6.6 Cinema times • Researcher Dr. Lily Houghton travels from London to the Amazon jungle and enlists the services of Captain Frank Wolff to transport her on La Quila, his rickety but charming boat.

8.3 Cinema times • Anthony is 80 years old. He lives alone in London and refuses the nurses his daughter tries to force on him.

6.4 Movie Times • The residents of Chicago’s underprivileged Cabrini Green neighborhood have been haunted for decades by a ghost story about a supernatural killer with a hook for a hand.

5.9 Movie Times • Nick Bannister (Hugh Jackman) is a memory detective. He guides his clients through the dark, seductive past and gives them access to lost memories.

Cinema times • The King of the Waltz has personally hand-picked his favorite tunes, opera arias and dance acts from shows around the world – along with many performances never seen on the big screen.

7.8 Cinema times • There is a theory that we should be born with a percentage of alcohol in our blood. That little intoxication opens the mind to the world around us, reduces problems and increases creativity.

7.4 Movie Times • Belle Reve is the prison with the highest death rate in the US. The worst super villains are imprisoned here.

Would you like to see a more extensive overview? Then check out the cinema top 20! Or view here which films will premiere next week.