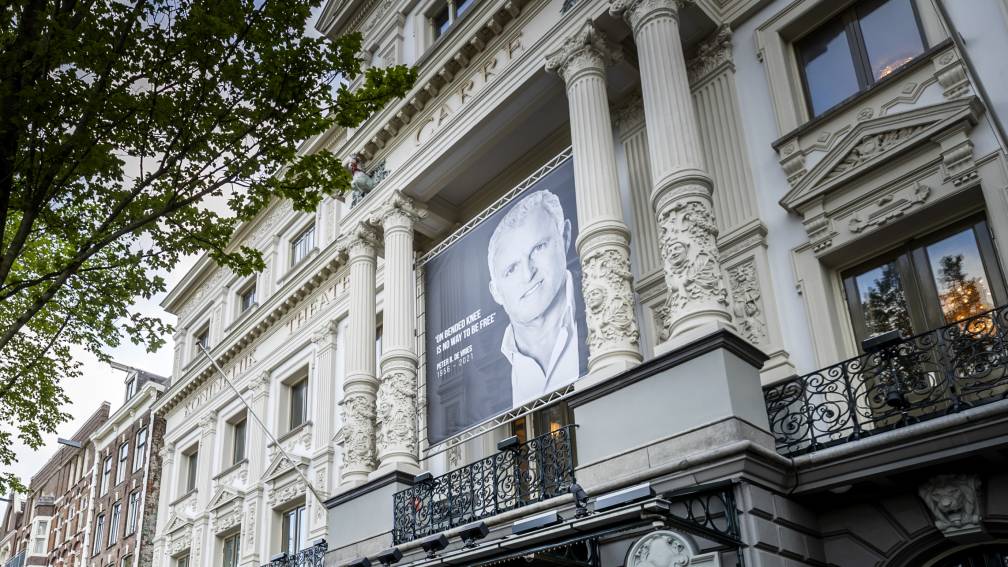 Peter R. de Vries was shot on the street in Amsterdam on Tuesday 6 July when he walked to a parking garage after a broadcast from RTL Boulevard. He died a week later. “That week in the hospital was very dear to us, that we were still with him as a family,” said Royce de Vries. “He could have already died on the street.”

Shortly after Peter R. de Vries was shot, two suspects were arrested on the A4 highway near Leidschendam, a 21-year-old Rotterdammer and a 35-year-old Pole who lives in Maurik. Both men are incarcerated.

De Vries would not have wanted security. “But it’s not true that he didn’t want any security at all,” says his son. “He only wanted to be able to do things spontaneously, such as a round of cycling. He did not want to have to indicate exactly where he would go a week in advance.”

Last week it was announced that the Dutch Safety Board is taking over the investigation into the safety situation from Peter R. de Vries. Outgoing minister Grapperhaus had originally appointed Tjibbe Joustra to conduct the investigation, but this was criticized from many sides, including from the lawyers of the key witness in the Marengo trial, Nabil B.

Joustra would not be independent, because he was also National Coordinator for Counterterrorism and Security NCTV.

Royce de Vries said tonight in Khalid & Sophie that he is satisfied with the decision to have the investigation carried out by the Dutch Safety Board.

Criticism of the crown witness system

The highest boss of the Public Prosecution Service, Gerrit van der Burg, said earlier in Nieuwsuur that the murder of De Vries probably has more to do with the fact that he was of service to those involved in a criminal trial, than with his work as a journalist. De Vries was a confidant of Nabil B., the key witness in the Marengo trial against the group around Ridouan Taghi.

Royce de Vries lashed out hard at the key witness system in the interview with RTL Boulevard. According to him, major mistakes have been made by the judiciary. “If there had been a sound system from the beginning in which lawyers and other involved could work safely, then my father would not have had to become a confidant.”