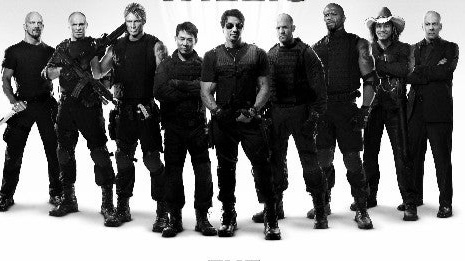 Megan Fox is the newest member of Sylvester Stallone’s crew in The Expendables 4, which was confirmed this week by Lionsgate. Fox, who became mainly known for Transformers and other Michael Bay films, has been busy with other things lately. She played in Till Death and Night Teeth.

Fox recently spoke openly about her treatment by the media and the abuse she faced as a young actress trying to make it in Hollywood, with profiles like this one where she sheds light on her problems.

She joins The Expendables as one of the youngest cast members. Other confirmed actors include Jason Statham, Dolph Lundgren, Randy Couture, Stallone, Curtis “50 Cent” Jackson and Tony Jaa. The new film will be directed by Scott Waugh, who previously worked on Need for Speed ​​and Acts of Valor.

Terry Crews does not appear to be returning for Expendables 4. Crews already said in 2018 that he would not return at all to the action franchise after being asked by producer Avi Lerner to drop a sexual misconduct complaint against agent Adam Venit.

First released in 2010, The Expendables brings together the most famous action heroes from the 80’s, 90’s and 00’s. The last installment came out in 2014 and immediately became the lowest grossing film in the franchise’s history. There is no release date for The Expendables 4 yet.