What was Anders Breivik’s influence on the French ultra-right? 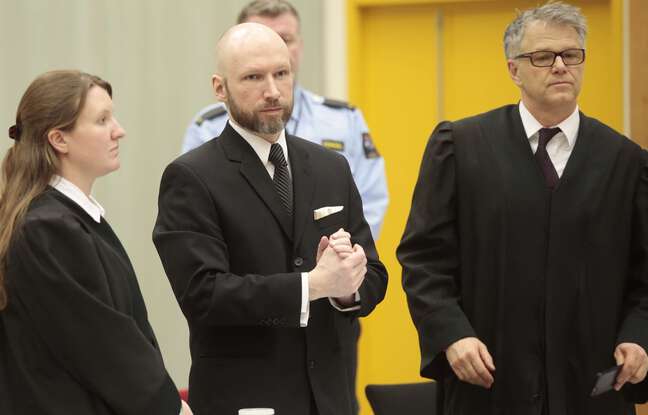 This Thursday, Norway will pay tribute to the 77 people killed on July 22, 2011 in the worst attacks the country has known since the end of World War II. The author of the Oslo and Utoya killings, Anders Breivik, was sentenced in 2012 to 21 years in prison, the maximum sentence in this Scandinavian state.

By targeting a government building in the capital and a summer camp for Labor youth, the neo-Nazi terrorist, now 42, intended to attack the “multiculturalism” defended by this party and which he abhorred. In France, since 2017, six ultra-right attack projects have been foiled. Ten years after the Utoya attacks, a question then arises: what influence did Breivik’s ideology have in the ranks of the French ultra-right?

When the Oslo and Utoya killings occurred in July 2011, the most radical fringe of the far right in France went through a stormy period. “At this time, they keep a low profile. A few years earlier,
Youth Identity had been condemned because justice suspected the movement of seeking to reconstitute an organization already dissolved by the government, ”recalls Nicolas Lebourg, historian and researcher specializing in the far right.

Within the National Front, then engaged in an enterprise of “standardization”, a few voices arouse embarrassment. Bruno Gollnisch, MEP and frontist had issued an ambiguous statement in which he denounced “media manipulation”. On Twitter, an adviser to Marine Le Pen,
Laurent Ozon, had attributed the attack to “the explosion of immigration in Norway”. “These words put him on the sidelines and shocked, especially within the base of the FN,” notes Nicolas Lebourg, however. More radical still, a party candidate,
Jacques Coutela, had qualified Breivik as “resistant” and “icon” in a blog post. Remarks that had earned him a FN suspension at the time.

If public support for the terrorist has become scarce, these attacks have indeed made the Norwegian “a model” for the most radical French elements who see him as a “fighter” in the face of “great replacement” and ” Muslim invasion ”, notes the extreme right specialist Stéphane François, historian and political scientist of ideas. “This fringe recognized itself in its rejection of multicultural society. His manifesto then circulated a lot, ”he explains.

According to Nicolas Lebourg, Breivik did not, immediately after the events, lead any “disciple” in his wake. But from 2014, several events helped to disseminate his rhetoric more widely: “The conflict in Ukraine, then the refugee crisis in Europe and the attacks of November 2015 in France will serve as a sounding board for Breivik’s speech. The idea that jihad is imposed on Europe will be taken up by certain French groups ”, points out the historian. An analysis shared by Stéphane François: “If the influence of Breivik remains confined above all to so-called” identity “circles, white supremacists and neo-Nazis, his theses have resonated with the evolution of the French extreme right, which also developed discourse on the “colonization of Europe” or the “great replacement”. “

Another ideological aspect of his speech has also taken on more importance in recent years, adds Jean-Yves Camus, co-director of the Observatory of Political Radicalities at the Jean-Jaurès Foundation: “Breivik claimed responsibility for an intellectual attack against the State. . This is quite typical of American neo-Nazi ideology, but on a European scale the far right was not culturally anti-state. This distrust of the state, accused of being sold to globalism is now in the air, in Europe and especially in France. “

Since 2017, six plans for attacks attributed to the ultra-right have been foiled in France. Among these cases, the figure of Breivik has resurfaced on several occasions. “In some cases of wanting to take action, the authors claimed to be in the same vein. This is the case for example of a young man, Logan Nisin, member of the small group OAS which administered a Facebook page in tribute to Breivik ”, explains Jean-Yves Camus. During his custody in June 2017, Logan Nisin had shown “all his sympathy” for the Norwegian killer. More recently, in May 2020, a former soldier converted to private security was arrested by the DGSI. According to a security source, the man had made online scouting of several synagogues in Limoges. On social networks, the man “acquired to the theses of the ultra-right” glorified “the mass killings” and “identified with Anders Breivik”,
reported The Parisian.

At the highest level of the state, this threat is taken very seriously, recalled a parliamentary report published in 2019 and devoted to “the terrorist temptation” of the French ultra-right. “The intelligence services do not rule out the possibility that an individual from the ultra movement can take action in a somewhat isolated way, on the model of Anders Breivik”, had indicated at the time Laurent Nuñez, then Secretary of State to the Minister of the Interior.

Asked by AFP on July 6, an anti-terrorism magistrate expressed his deep concern: “In the modus operandi, the ultra-right starts talking about throat cutting, explosives, spraying the crowd indiscriminately. “And to conclude, with regret:” As long as we do not have an attack stamped “ultra-right” in France, some will remain skeptical about the threat. “

The science of floods

Is the United States doomed to stay in Iraq?

“Children in Gaza are afraid of everything”

In Russia, the regional offices of the opponent Alexeï Navalny classified on the list of “terrorist” organizations

“Hema is thinking of leaving Germany”