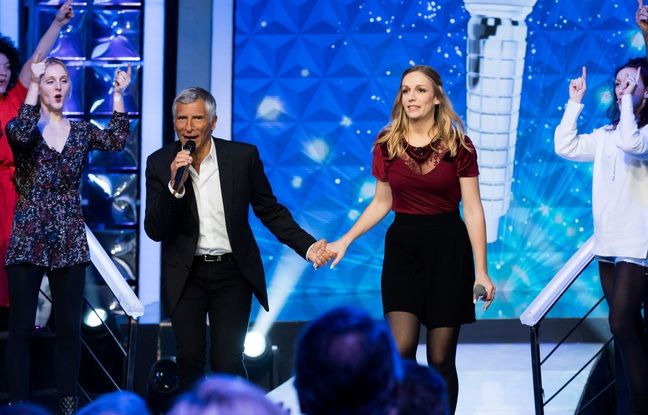 This is what your vacation schedule might look like: at 10 a.m. a gentle wake-up call. At noon, a barbecue in good company. At 3 pm, a walk to the beach. And at 6 p.m., the cast of Do not forget the lyrics ! The France 2 program is coming to your home this summer even if you are in the sunlight of the tropics, since everything is done remotely. The health crisis has forced teams to reinvent themselves to recruit new singers and offers the possibility of registering from your deckchair.

It all starts with a phone call during which a cast member listens to his future candidate sing the verse and the chorus of a song of his choice. A presentation video, in which the suitor exposes his passions and sings again, is then to be sent. Finally, the final step consists of a video call with a speaking test to gauge the knowledge of the candidate in question. If it’s successful, head for the show on the set with Nagui.

To pass the casting in video, it is the occasion for some to put forward their humoristic fiber, more than their vocal capacities, by choosing unusual places. “Even if this is not a selection criterion, it still allows us to know what the candidate’s degree of humor is,” says Anthony Pinto, the show’s casting director, to 20 Minutes. For example, budding artists sang in the shower, using the knob as a microphone, or in the middle of a football stadium, just to be calm. A little friend’s advice: go to your cabin at the back of the garden to wow the jury with Francis Cabrel, it should work.

Since the implementation of these remote selections, the casters of Do not forget the lyrics try to draw some positive from the situation. It must be said that in the past, the teams met around 150 candidates in the same day. The atmosphere of the pretty summer camps has taken a turn for the worse, but the casting by screen or telephone is not all bad.

“We managed to recover candidates who could not make themselves available for half a day to come to the casting and we also recovered candidates who could be stressed by the situation of singing in front of lots of strangers”, reveals Anthony Pinto. This form of hearing therefore increases your chances of success if your legs tend to shake and your voice derailed in front of an audience. Keep in mind, however, that if you manage to qualify, you will have to start over “for real” next to Nagui and with a dozen cameras pointed at you.

Whether you are a man or a woman, in your 30s or 50s, it doesn’t matter. The casters of the show of France 2 will be based on three data before giving their final opinion: the accuracy of the voice, the knowledge of the words and the “natural sympathy” of the candidate.

If they are not looking for specific profiles, the teams do have programming criteria. “To decide who is going to play when, I will pay attention to the gender, the region, the job,” states Anthony Pinto. This is called antenna fluidity. We will make sure that Nagui does not have the same types of candidates during the same day of shooting. It never determines whether I say “yes” or “no” to a candidate, it just determines when I play them to show them off. These reasons explain why you will therefore rarely find two civil servants or even two Marseillais in a row on the air.

Revise, the key to success

Either way, whether you are comfortable or not, whether you sing like Mariah Carey or not, only your musical culture will make the difference once you get on set. Because in recent years, the candidates have become war machines, swallowing dozens of song lyrics for breakfast. “Before, the maestros lasted five shows and that’s it. Today, the record is 64 wins, ”comments the casting director, who has been working on the show for ten years.

However, it seems exaggerated to say that those who step onto the stage alongside Nagui have become more professional over time. “It has not become a profession to be a candidate for Do not forget the lyrics “, Emphasizes Anthony Pinto, who explains, however, that the preparation has evolved. “An average candidate prepares for at least half an hour to an hour a day. It becomes an extra-professional activity. He will start revising ten to fifteen songs during the day to be ready on the day of the shoot. “Clearly, studying is the only way to have a chance to come away with money. Just add this activity to the list of things to do while on vacation.

The senatorial right contradicts Elisabeth Borne on the health pass

The Ministry of Health, Welfare and Sport will talk to Van Lienden on Monday about mouth masks supplied

What if the public returned to French stadiums before the end of the season?

“In terms of” transnational repression “, Belarusian Loukashenko has achieved a rather rare performance”