Hundreds of migrants reach Spanish exclave of Melilla after storming 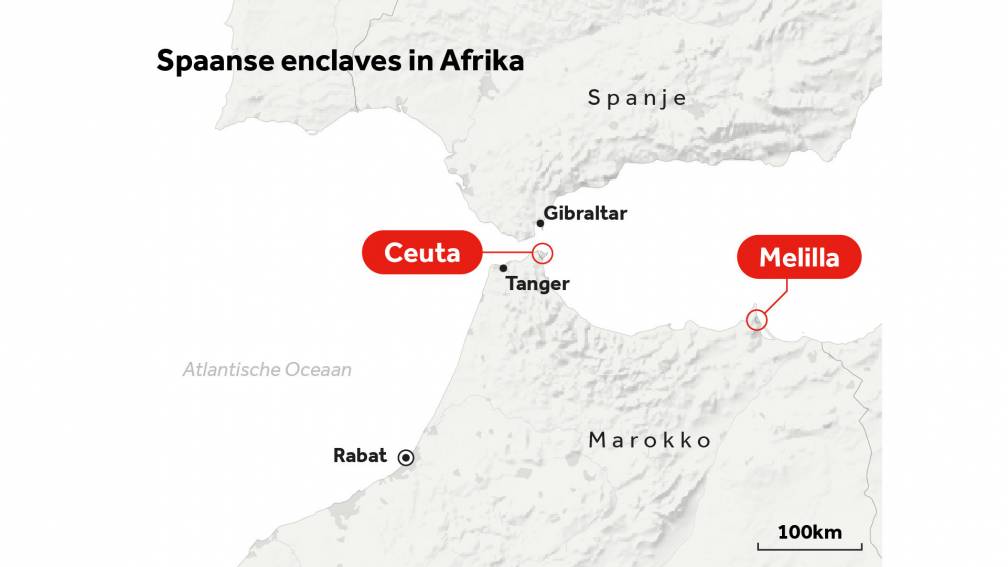 More than 200 migrants reached the Spanish exclave of Melilla in Morocco on Thursday. A group of an estimated 300 migrants stormed the fences. Some used hooks to climb up. Three officers of the Guardia Civil were slightly injured in the storm.

Local media report that it is likely to be men “below the Sahara”; countries of southern Africa. The 238 migrants have been taken to a migrant center and are currently in quarantine due to corona.

Two months ago, dozens of Moroccans managed to reach the autonomous Spanish city on the North African coast. Border security between Morocco and the Spanish area has recently been stepped up after thousands of Moroccans had previously moved to another exclave, Ceuta.

Spain was not happy with the actions of the Moroccan police after the storming. Morocco previously received 13 million euros from the European Union to guard the border. Ceuta and Melilla are popular among migrants from southern Africa. They hope to reach the European mainland via the exclaves in Africa.

For Olivier Véran, the pass is a “temporary” but “necessary” measure

Clusters in more than twenty campsites in Vendée

The mother of the girls who died near Brest indicted

Asensio is worth a final

Clusters in more than twenty campsites in Vendée

The British press announces the marriage “in secret” of Boris Johnson

Paris: justice reclassifies as an employment contract the link between a private driver and Uber