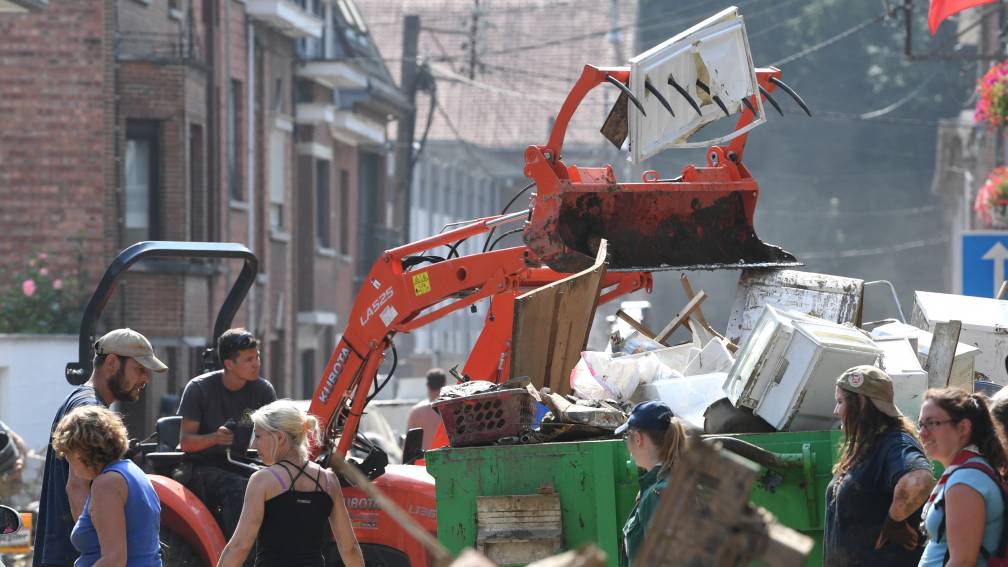 The death toll in Belgium as a result of the floods in the Liège region has risen to 37, the crisis center reports. This afternoon a 70-year-old woman was found who had been dragged by the river Mehaige. The team of the federal police that identifies victims of disasters has been able to determine the identities of 32 people. Six people are still missing.

In Liège, divers are still looking for victims. The clean-up operations are in full swing and extra police have been deployed to prevent further looting.

In the provinces of Liège and Luxembourg, 300 soldiers provide aid to the victims of the flood. Two army helicopters have also been deployed in Liège: one to locate cars still trapped in the rubble, the other to free the vehicles and remove them. In total, about 90 stranded cars are involved.

Heavy rain and thunderstorms are expected in the affected areas from Saturday.

Last Tuesday, Belgium had a day of national mourning to remember the victims of the flood. King Filip and Prime Minister De Croo attended a memorial ceremony in Verviers:

Metz, this other theater of the Algerian war

Earthquake with magnitude of 2.0 near Groningen Loppersum

Messi opens the door to a barbecue with Barcelona teammates