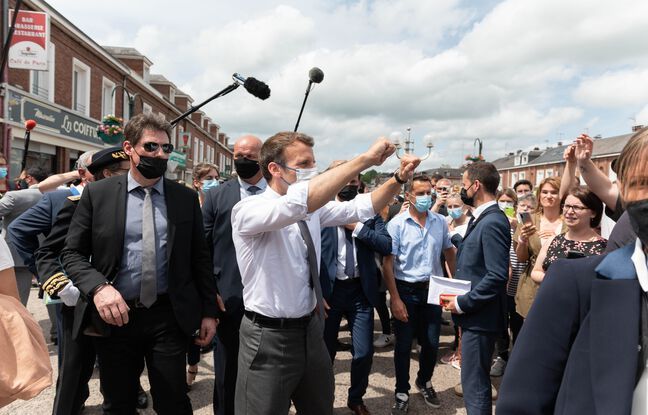 Big sound and big headliners, promises the presidency. Emmanuel Macron announced Thursday the holding of a concert at the Elysee Palace on June 21, on the occasion of the Music Festival. According to him, it will be “electro music” with “DJs”, including Jean-Michel Jarre and Cerrone.

The President of the Republic specified on the sidelines of a trip to the Aisne that the event would take place “respecting the rules decided elsewhere, with the sanitary constraints of gauge, distance, sitting”.

Risk of “going back” with the opening of boxes

Emmanuel Macron also indicated that he would receive the representatives of nightclub managers the same day, whose establishments are closed without a scheduled reopening date. “We have to be very vigilant: if we reopen everything immediately, the risk is that the virus will re-circulate and that we will go back”, he added, affirming that “discussions are in class “

Emmanuel Macron used to open the Elysee Palace to artists for the Music Festival, a tradition from which he had however departed last year due to the health crisis.

Nestlé and Cargill cannot be charged with slavery in the US

Suspicions of Libyan financing: four questions after the indictment of “Mimi” Marchand

Nothing can prevent the Olympics from going “forward”, according to the IOC Vice-President