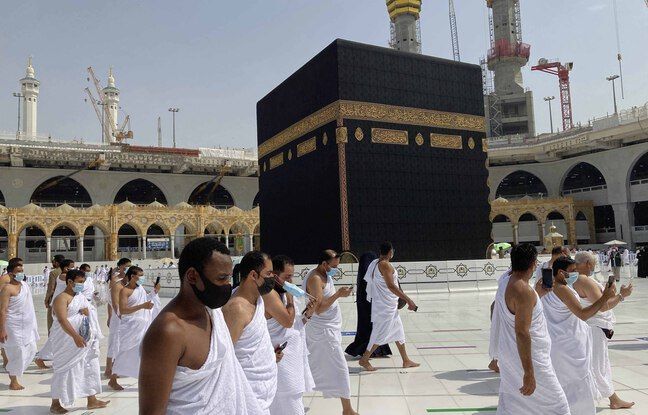 In 2019, before the Covid-19 pandemic, they were 2.5 million from around the world. Saudi Arabia will allow 60,000 of its residents vaccinated against the coronavirus to make the hajj, a great Muslim pilgrimage to Mecca which is due to take place next month, the Hajj ministry announced on Saturday, according to the official SPA agency.

During the last hajj, one of the five pillars of Islam, only tens of thousands of faithful residing in Saudi Arabia were able to perform this rite. “Those who want to perform the hajj must be between 18 and 65 years old, not suffer from a chronic disease and have been vaccinated,” the ministry said.

In April, the kingdom had already announced that only vaccinated people would be allowed to perform Umrah, the small Muslim pilgrimage that can be carried out throughout the year, from the start of the Muslim fasting month of Ramadan, causing discontent. The small pilgrimage, suspended in March 2020 due to the pandemic, had timidly resumed in early October with drastic precautionary measures in this Gulf country most affected by the epidemic.

At first, only 6,000 Saudis and foreign residents in Saudi Arabia were allowed to perform Omra every day, before that number rose to 20,000.

Some 60,000 people are allowed to perform daily prayers in the Grand Mosque in Mecca, Islam’s first holy city. It is not possible for pilgrims to touch the Kaaba, a cubic construction in the center of the Grand Mosque, which Muslims around the world turn to for prayer.

In 2020, the drastic reduction in the number of pilgrims and the sanitary restrictions had allowed the authorities to proclaim that there had been no contamination during the great pilgrimage, which brought nothing to the kingdom while it usually generates billion dollars a year.

Saudi Arabia has officially recorded more than 463,000 cases of coronavirus on its soil, including more than 7,500 deaths. Authorities in the kingdom of 34 million people have announced that they have administered more than 15 million doses of the vaccine.

Is the United States doomed to stay in Iraq?

NBC does not broadcast the Golden Globes 2022 ceremony

Juan Espadas, a mayor enemy of the conflict