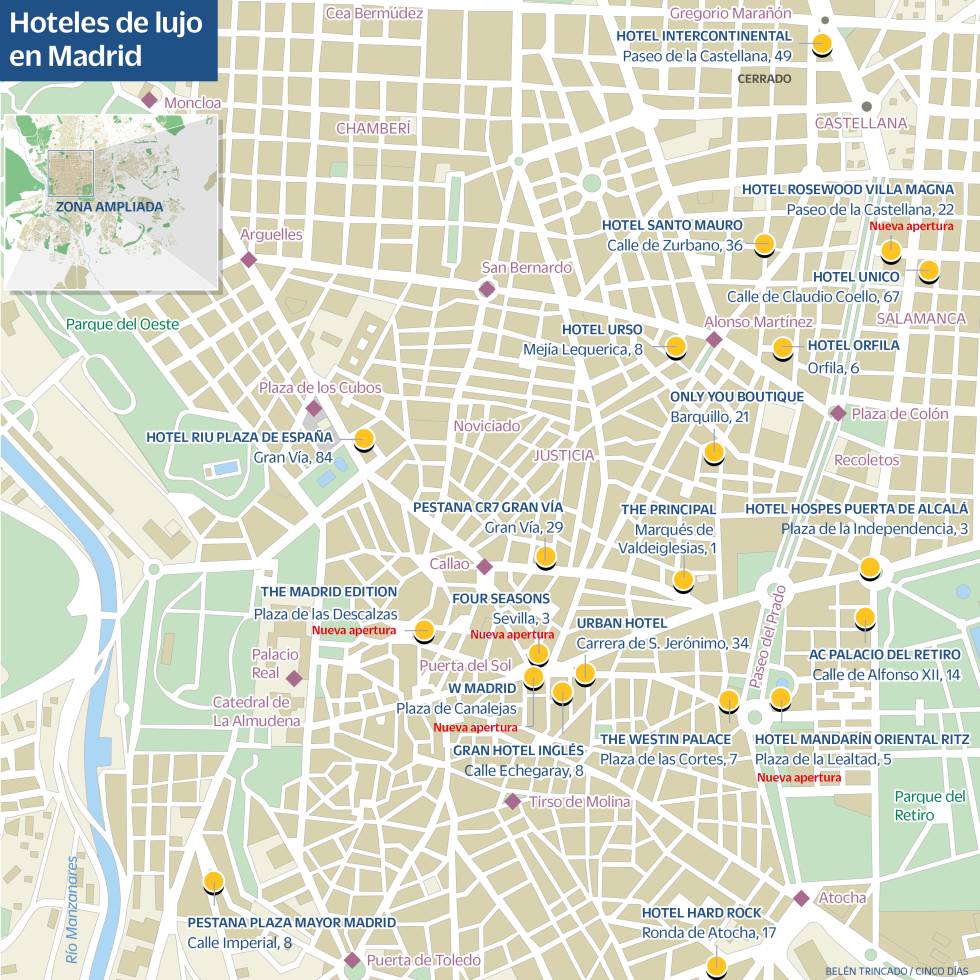 Madrid awakens from the pandemic with a new hotel scenario: two of the world’s largest chains, such as Four Season and Mandarin Oriental, are already settled in the capital and ready to receive tourists when the health crisis allows it. They are joined by the Rosewood chain, which will break into the city in the fall with the opening of the new Villa Magna, and Marriott, which will launch two new brands, W and The Edition.

Pestana also arrives with CR7, a hotel that has just opened in a 1920 building on Gran Vía, and Hard Rock, which opens its first hotel on the peninsula on July 1 (it has one in Ibiza and another in Tenerife), just a few meters from the Reina Sofía Museum.

Biarritz towards a move in the event of a rise in Top 14?

People born in 1992 can schedule a corona prick

People born in 1992 can schedule a corona prick