Biden less impulsive than Trump? This is what Putin hopes 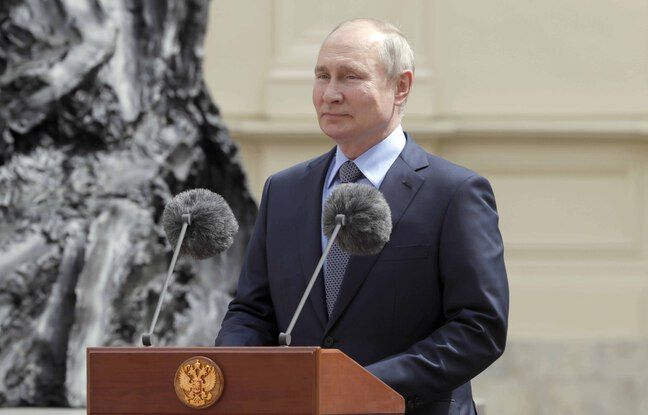 Will Joe Biden be less impulsive than Donald Trump as President of the United States? A priori, yes. In any case, this is what Vladimir Putin hopes for, as he explained on Friday evening during an interview with the American channel NBC News, a few days before the highly anticipated first summit between the two heads of state. The two men are due to meet on June 16 in Geneva, at the end of the Democrat’s first international trip.

Friday night therefore, the Russian president described Joe Biden as a “career man” who has spent his life in politics, while Donald Trump is according to him a “talented” and “colorful” man. “Even now, I believe former President Trump is an amazing individual, otherwise he wouldn’t have become president,” Putin said. “And he did not come from the American establishment.”

The term “killer” is specific to Hollywood

As for Joe Biden, “he is radically different from Trump because (he) is a career man. He has spent practically his entire adult life in politics, ”continued the master of the Kremlin. “I have great hope that, yes, there are certain advantages, certain disadvantages, but that there are no more impulsive maneuvers on the part of the American president in office”, he continued, according to a translation provided by NBC News. Joe Biden is expected to raise several complaints against Vladimir Putin next week, including suspicions of Russian interference in the US elections and cyberattacks.

Vladimir Putin has openly admitted that he supported Donald Trump in 2016. The Republican billionaire has repeatedly expressed his admiration for the Russian leader and notoriously appeared to accept his denials of possible electoral interference.

As for the epithet of “killer” chosen by Joe Biden to qualify Vladimir Putin in the light of a series of assassinations, including that of the Russian opponent Boris Nemtsov, the Russian president saw it as the result of “macho behavior Specific to Hollywood. Such speech “is part of American political culture, where it is considered normal. But not here. It is not considered normal here ”.

American singer BJ Thomas has died at the age of 78