Ligue 1: four questions posed by the reallocation of TV rights to Amazon 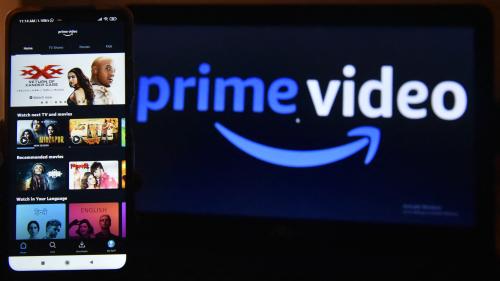 The Professional Football League (LFP) reallocated, Friday, June 11, to Amazon the Ligue 1 broadcasting packages abandoned by Mediapro. The e-commerce giant’s video platform will show eight of the ten posters for each day of L1 and L2 starting next season.

A decision that did not please Canal +, which announced to withdraw from the broadcasting of the French championship after having broadcast the entire end of the season. According to Christophe Lepetit, head of economic studies at the Center for Law and Economy of Sport (CDES), this represents a “radical” upheaval for French football.

Franceinfo sport: Concretely, what will the new allocation of Ligue 1 TV rights change?

Christophe Lepetit : There will be a radical change between the situation that we observed between February and the end of the last championship. To follow the end of the season, you just had to subscribe to Canal + which held all the matches in Ligue 1. From now on, if you plan to follow the bulk of next season’s matches, you will have to to subscribe to Prime Video, the video service from Amazon, which acquired this Friday the broadcasting of eight out of ten Ligue 1 matches. The change is complete, including from a technical point of view because, to date, Amazon Prime Video is an offer accessible on the Internet, in streaming. It is a radical change that will change the consumption habits of football fans.

During the last call for tenders, the LFP had already ruled in favor of a new player, Mediapro, which withdrew even before the end of its first season because of economic difficulties. Why has another new player like Amazon been privileged again?

There is a new actor and a new actor. Mediapro was a relatively unknown new player on the French market which did not have an extremely solid financial base. Many people wondered when the LFP chose this broadcaster in 2018. But Amazon has a totally different profile. It is an e-commerce giant which has an extremely substantial financial base. There are quite a few risks. Amazon will have no difficulty paying a bill of 250 million euros per year for the next three seasons.

On the other hand, the choice itself to have chosen Amazon rather than the ticket combining Canal + and BeIN Sport is very probably based on financial questions. The LFP was strengthened by the fact that lot 3 of the 2018 call for tenders, acquired by BeIN Sport, remained acquired under the conditions of 2018 to the tune of 332 million euros. Today, in the batches put back on the market, Amazon had to be better able to say than the others to recover eight Ligue 1 games and eight Ligue 2 games. As we know, there is a real issue of maximizing rights. TV League 1 since the clubs of L1 and L2 had counted on an amount of 1.3 billion euros for the 2020/24 cycle. It was necessary to cushion the fall as well as possible to avoid major difficulties for professional football clubs.

By giving the best slice of the cake to a newcomer like Amazon, isn’t the LFP likely to cause a new crisis in French football?

It is obvious that this will tense up and strain relations, in particular between the LFP and Canal +. They are known to have a passionate and passionate relationship with ups and downs, including regular legal attacks on both sides. Moreover, Canal + has also announced very quickly and scathingly its intention to withdraw from the rights of Ligue 1. But the channel has only passed the hot potato to BeIN Sport which is the real holder of the famous lot 3 of the 2018 call for tenders (broadcaster with which it had signed a sublicense contract).

However, we must hope that everyone is somewhat right because the losers of today will perhaps be the winners of tomorrow and that the partners of yesterday will perhaps be the partners of tomorrow. In the next calls for tenders, Canal + will probably be around the table. The LFP must be careful not to insult the future and not strain business relations too much. They don’t usually mix well when there is resentment and resentment.

Does the withdrawal of Canal + risk calling into question the attribution of rights to Amazon?

Probably not. In any case, not in the very short term. We must remember one thing. This lot 3 was acquired by BeIN Sport in 2018, not by Canal +. From now on, the contractual relationship is forged both with Amazon for eight of the ten meetings and with BeIN Sport for two of these ten meetings. If Canal + announces that it is withdrawing from Ligue 1, the channel announces its intention not to honor the contract which binds it with BeIN Sport.

The real question is, what will BeIN Sport do with this situation? Will she seek to honor her contract with the LFP or will she denounce it for the same reasons as Canal +? Going into conflict will not necessarily be very easy. Canal + has already attacked the LFP several times before the Paris Commercial Court and before the Competition Authority. The chain was dismissed each time and the LFP was consolidated in its position.

Amazon Prime Video: “News of a kidnapping”, inspired by the work of García Márquez, prepares to reach the platform

COVID-19: millions of doses of the vaccine of “J&J” produced by a US factory unusable

COVID-19: millions of doses of the vaccine of "J&J" produced by a US factory unusable

VIDEO. The testimony of a survivor of the German bombing of Guernica whose horrors Pablo Picasso painted in 1937