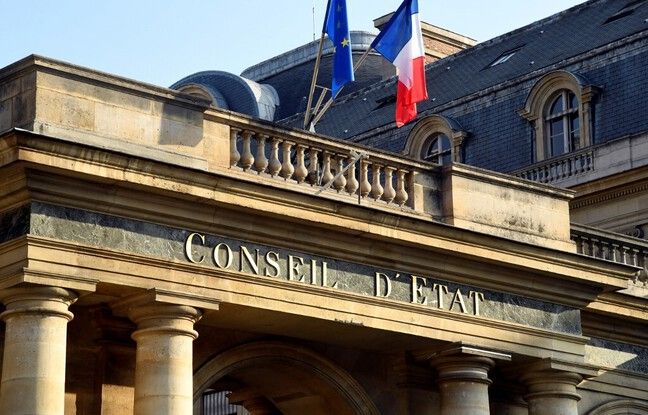 The State must do more and the Council of State must remind it of this. It is in substance the recommendation of justice to the highest administrative jurisdiction. An unprecedented measure to force the State to strengthen its policy to fight against global warming.

For the public rapporteur, magistrate responsible for making a recommendation on the case, the Council of State must give the Government nine months to “take all the necessary measures to bend the curve of greenhouse gas emissions”. This in order to meet France’s commitments to reduce its emissions by 40% by 2030 (compared to 1990), the public rapporteur said during a hearing.

Such a decision would be unprecedented in France, while climate disputes are on the increase and the first legal decisions in the matter have been piling up in recent months, to the detriment of the State. The complaint in question was lodged in January 2019 by the municipality of Grande-Synthe, on the northern coast, which considers that the government’s “climate inaction” puts it in danger of submersion by rising water levels.

In November, in a previous decision already described as “historic” by the plaintiffs, the Council of State had given the government three months to justify its actions. The State was not represented at the hearing but according to the other parties and the public rapporteur, his argument was based in particular on the expected effects of the “climate and resilience” law currently under discussion in Parliament and a study commissioned from the Boston cabinet. Consulting Group (BCG), estimating in February “globally up to” the objectives of the measures undertaken since the start of the five-year term.

“Measured conclusions but which go in the right direction”

While acknowledging the difficulty of “evaluating a future event”, the rapporteur recalled that the High Council for the Climate, an independent body responsible for evaluating France’s climate policy, had on several occasions judged “the pace too slow “. Lawyer of Grande-Synthe, the former Minister of Ecology Corinne Lepage welcomed “measured conclusions but which go in the right direction” and whose confirmation would constitute “a historic decision”. The decision is expected in a few weeks.

The webs of desire

The webs of desire

About Bea Fanjul and Ayuso and the end of the campaign

Shadow and Bone is getting a second season on Netflix