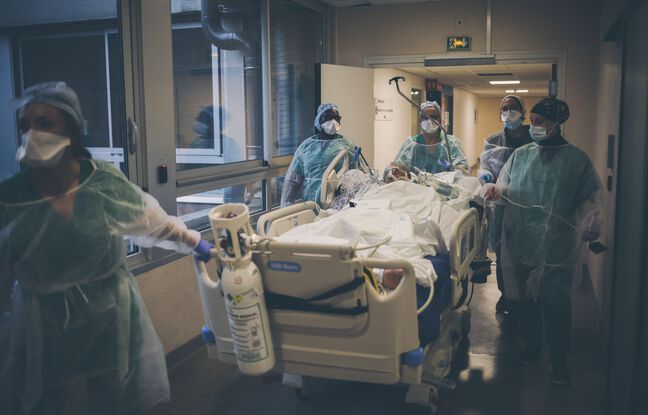 Good news. The pressure on the hospital continues to decrease, the number of people hospitalized for Covid-19 dropping back below 13,000, to the lowest since the end of October, according to data released Friday by Public Health France.

The health agency listed 12,712 people hospitalized against 13,090 the day before, with 313 admissions over the last twenty-four hours.

The number of people currently in critical care, who are treating the most serious cases, is 2,163 against 2,245 patients on Thursday. In twenty-four hours, 66 people were admitted there. The epidemic has still caused the deaths of 69 people in hospital in the past twenty-four hours, bringing the number of deaths since the start of the epidemic to 83,910 in hospital and more than 110,300 in total. .

The government’s target of 30 million first-time vaccines (57% of the adult population) should therefore be reached before the deadline of June 15. To date, 15.4 million people have a complete vaccination schedule, says the Ministry of Health.

Russians come with their own ‘Rolls Royce’

Uyghur eyewitness concentration camp in the Netherlands threatened by China