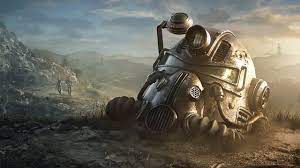 Bethesda Game Studios announced that the Fallout 76′ Nuclear Winter battle royale mode will be discontinued in September and will then provide more support for other game modes in the Fallout multiplayer game.

Through the latest Inside the Vault blog discussed that the decision to discontinue Nuclear Winter was mainly due to losing players who preferred to play other game modes. Furthermore, Bethesda would have found it difficult to release meaningful updates for Nuclear Winter while at the same time providing support and coming up with fun new content for Adventure Mode in the recent and upcoming updates. “With all of this in mind, we have decided to discontinue Nuclear Winter with an update in September,” the post reads.

The news is no doubt disappointing for players who have enjoyed the in-game Nuclear Winter mode, but Bethesda also hinted that new modes are coming as replacements, “later this year we’ll reveal details on how we can offer players more ways to use Fallout 76.” to play”.

Despite the disappearance of a fashion, Bethesda makes it clear that it is far from finished with Fallout 76, they plan to support the game for years to come. Bethesda is part of Microsoft’s E3 show next Sunday, so we may hear more news about the online version of Fallout there.

Intelligent failure, that’s how you do it

The rise of ‘bios’: biomedicine and biotechnology will mark health and disease