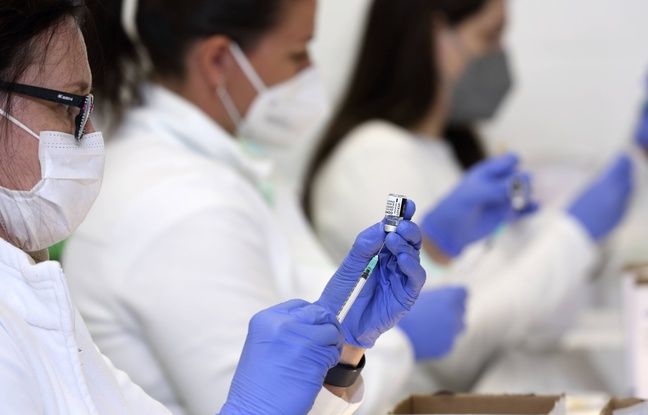 The director of the European Medicines Agency (EMA) called on Friday for “the whole world” to have access to anti-Covid vaccines, while a promise from the great powers of the G7 is expected to provide a billion doses to more destitute.

Emer Cooke also assured in an interview with AFP that the European regulator remains confident about the effectiveness of vaccines against the variants of Covid-19 in circulation, while noting that the situation could “evolve rapidly”.

A billion vaccines promised to the poorest

The leaders of the G7 should formalize at their summit in Carbis Bay, England, a promise to provide a billion doses to the most deprived, a gesture considered encouraging but insufficient for several NGOs on Friday.

“This is outside the remit of the EMA, so I can only speak from a personal point of view, and I really think we need to ensure availability and access. [des vaccins] around the world, not just in countries that can afford them, ”said Emer Cooke.

After a difficult start, the vaccination campaign finally took off in the EU, among other things thanks to the authorization since December by the vaccine regulator Pfizer / BioNTech, Moderna, AstraZeneca and Johnson & Johnson.

“I thought we would be much further than where we are today. The fact that we have four vaccines when the pandemic was declared 15 months ago is exceptional ”, welcomed the Irishwoman, who arrived at the head of the EMA in November 2020, when the EU was in the process. ‘waiting for the authorization of the vaccines.

With variants, “the situation can change very quickly”

The emergence of variants is the source of many concerns today, particularly with regard to the Delta variant, which was first identified in India. “So far, we are convinced that vaccines remain effective against circulating variants, but the situation can change very quickly,” noted Cooke.

She assured that the EMA was working with vaccine manufacturers to ensure that the sera remain effective against the variants.

The thin line between elite soldier and murderer