The body of Olivia, the older of the two girls who disappeared with her father in Tenerife, was found in the sea 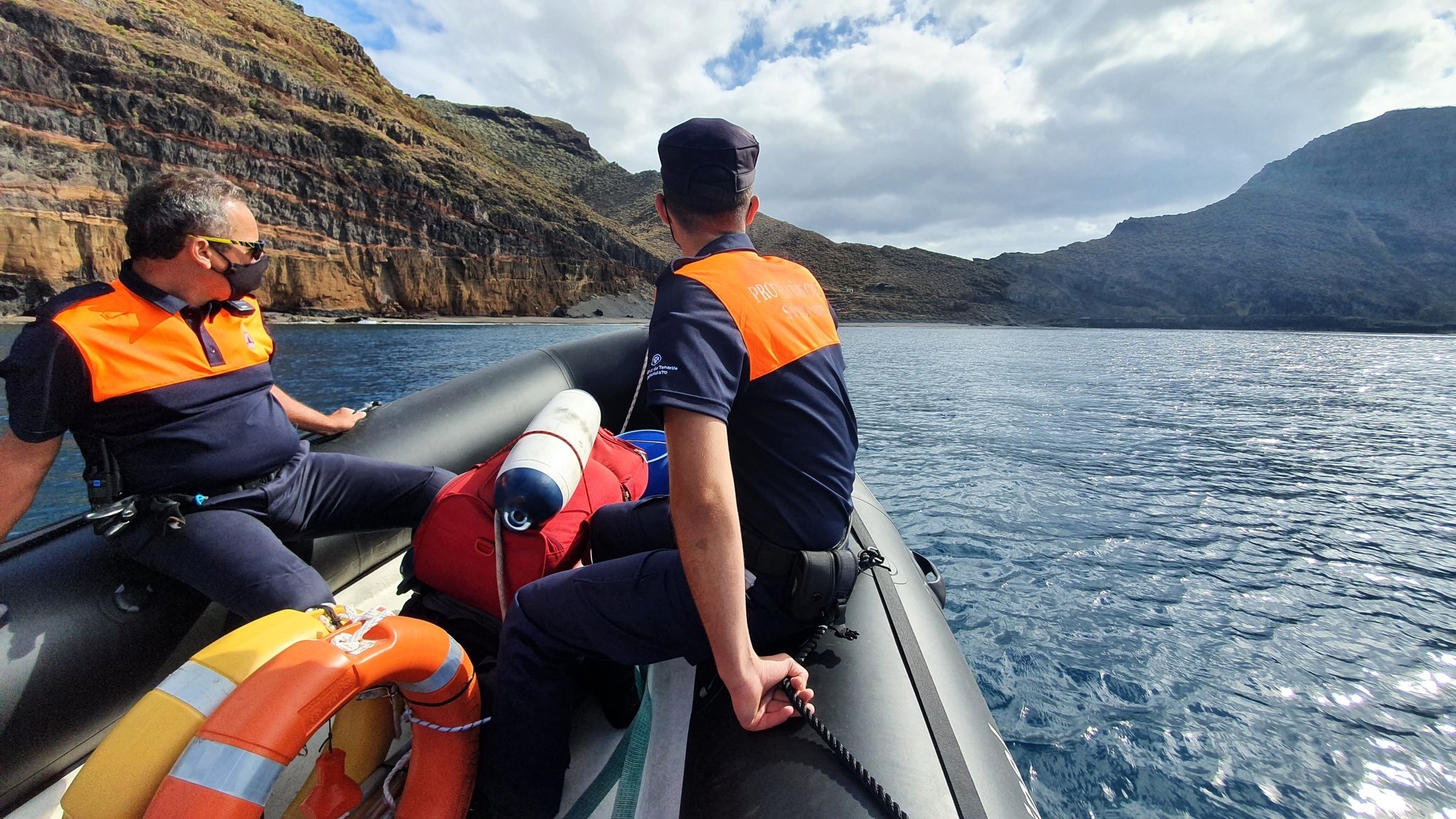 The Government Delegation in the Canary Islands has reported this Thursday that a lifeless body, apparently of a minor, has been found in the area where Anna and Olivia, the girls who disappeared a month ago in Tenerife, are being searched. The fact has already been communicated to the mother and family of the minors. “Out of respect for the family and the judicial procedure, we must wait for what the judicial authority determines on the identification of the body,” reports the Government Delegation. The Civil Guard tracking work continues at the scene of the event, one nautical mile from the port of Güímar. The body corresponds to the oldest of the girls, Olivia, according to Civil Guard sources.

The Civil Guard has reported that the remains have been transferred to the Anatomical and Forensic Institute in Santa Cruz de Tenerife, where they will be analyzed to proceed with their identification. The President of the Government, Pedro Sánchez, this afternoon regretted the finding on his Twitter account “I cannot imagine the pain of the mother of little Anna and Olivia, who disappeared in Tenerife, in the face of the terrible news that we have just heard. My hug, my love and that of my whole family, who today show their solidarity with Beatriz and her loved ones ”, he assured.

Sources from La Benemérita have reported that the tracking teams have found the anchor at the bottom of the sea. Tied to it were two bags, and in one of which was the body of little Olivia.

I cannot imagine the pain of the mother of little Anna and Olivia, who disappeared in Tenerife, in the face of the terrible news that we have just learned.

My hug, my love and that of my whole family, who today show solidarity with Beatriz and her loved ones.

The girls’ father, Tomás Gimeno (37 years old) allegedly abducted his one and six-year-old daughters on the night of April 27 on the Canary Island of Tenerife. For a few weeks, the search on the Tenerife seabed has become the main line of investigation of the Civil Guard in recent days, after inspections on land have not yet made it possible to find his whereabouts.

For this reason, the area has been being investigated since the beginning of the month by the Ángeles Alvariño ship, a ship of the Spanish Oceanographic Institute equipped with a sonar and an underwater robot, which works continuously during the day and night in an area delimited by the geopositioning of the mobile phone of the girls’ father the afternoon and the night of their disappearance.

On April 27, around 5:00 p.m., Tomás Gimeno picked up Anna from the girls’ mother, her ex-partner Beatriz Zimmernann, 35 years old. Then he went to look for Olivia at a camp where he went after school. Later, he went with them to their home in the municipality of Igueste de Candelaria. Around 7:30 p.m. he went to the Marina Tenerife marina. Neither the security cameras nor the security guard detected the presence of Anna and Olivia at their entrance.

Gimeno embarked alone. Before doing so, he loaded suitcases and bags onto the boat, for which he made three trips from his white Audi A3. That day he would set sail twice. Returning from his first foray into the sea, he was intercepted by the Civil Guard and proposed for sanction for skipping the curfew. After midnight, he set sail again and his trail was lost. The next day, the boat was found empty, adrift and without anchor in front of the town of Puertito de Güímar. Shortly thereafter he found floating a child restraint car seat, which he was using for Anna.

Last Monday, Ángeles Alvariño found an oxygen bottle and a duvet cover in the sea.

US employees forced to say if they are vaccinated