Maintenance of order: “The Council of State has made prevail the freedom to demonstrate, the freedom of information, on the requests of the police forces”, according to the lawyer of the SNJ and the LDH 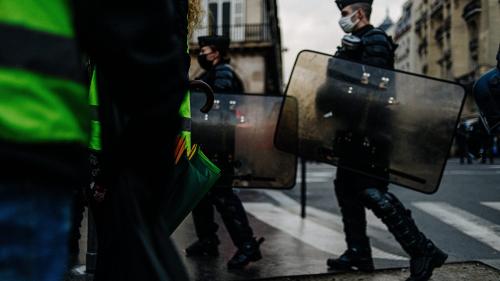 The Council of State canceled, this Thursday, June 10, several key provisions of the national plan of the maintenance of order, including the use of the technique of “the net”, and the obligation made to the journalists to leave the places during the dispersal of demonstrations. Lawyer Patrice Spinosi, specialist in public freedoms, lawyer for the National Union of Journalists (SNJ) and the League of Human Rights (LDH), guest of franceinfo Thursday, believes that “the Council of State has made prevail the freedom to demonstrate, the freedom of information, on the requests of the police forces”.

According to Mr. Spinosi, who had seized the Council of State with other lawyers, the government “just suffered a serious defeat today”. He doesn’t think the decision is “questioning” by the executive.

franceinfo: Are you satisfied with the Council of State’s decision?

Me Patrice Spinosi: We are fully satisfied, especially since this decision was won after a hard fight. It was not at all clear that this scheme was canceled. It is a real victory and the demonstration that the Council of State has made prevail the freedom, the freedom to demonstrate, the freedom of information, over the demands of the police forces. It is a real big decision which was rendered by the Council of State.

What is the message sent by the court?

It’s a warning. The judges say to the politicians: ‘do not give in to the security escalation’. Take into consideration the freedoms that must be guaranteed to all citizens, and in particular with regard to questions of demonstrations. The people have the right to demonstrate. Obviously some demonstrations had slipped. But the security response, the repressive response, is not necessarily the right answer. And that’s what the judges are saying to the government.

What will this change for the protesters?

There is going to be an immediate change. The trap technique, which has been used extensively in recent years, if it is not called into question in principle, it will no longer be likely to be used in such a generalized and habitual manner. It will only be possible to consider it once there is a specific justification for this technique. In practice, it will almost disappear from demonstrations. Today, it is more and more difficult to go to a demonstration. There is a climate of security which is increasingly important. The decision of the Council of State will help to regain a certain confidence for the people who will go to demonstrate, or in any case to be less worried.

The government promises changes after this decision of the Council of State. Are you not worried that these measures will make a comeback?

It’s going to be complicated. It is normal for the government to play its part. He has just suffered a serious defeat. He’s trying to put on a good face by saying, we’re going to take over some new text. But it’s going to be complicated. What the Council of State said, if we take the example of the trap, is that it is not possible, except in exceptional conditions. And the only thing the government could do is take that decision again, and actually say, we can only do this under exceptional conditions. But he is not ready to do it and he wants to be able to nass freely. I am not sure that this decision of the Council of State is so easily susceptible to being called into question by the government despite its efforts.

Digesting food starts in the mouth: is it therefore important to chew properly?

Marilyn Manson once again accused of rape by an ex-girlfriend