A giant bottle of wine as a tram in Bordeaux 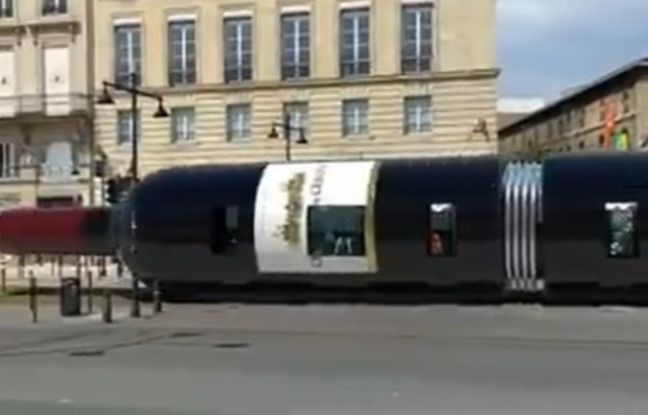 No, this is not a stunt for the wine festival but a video montage made by Ian Padgham, an American artist who lives in Bordeaux. Instead of the midnight blue trainsets of the Bordeaux tram, we see a gigantic bottle of wine traveling on the rails through the city.

His video raised doubts among some Internet users and TBM intervened to humorously deny the existence of such a train, stressing that it would be impractical to operate.

There are some doubts among you, so you might as well remove them: no, there is no bottle-tram running in Bordeaux. You will have to fall back on a terrace 😉.

And without wanting to be a killjoy, imagine what it would be like to be the driver of such a machine … 😅 https://t.co/H5eO5X2kyc

The artist is not at his first attempt and has already staged several montages that play with the emblematic buildings of the city. He set up the company Origiful which creates communication videos, in particular for big brands like Disney, Nike, Sony.

El Salvador, first country in the world to legalize bitcoin

El Salvador, first country in the world to legalize bitcoin

No trains between Amersfoort and Amersfoort Schothorst during May holidays