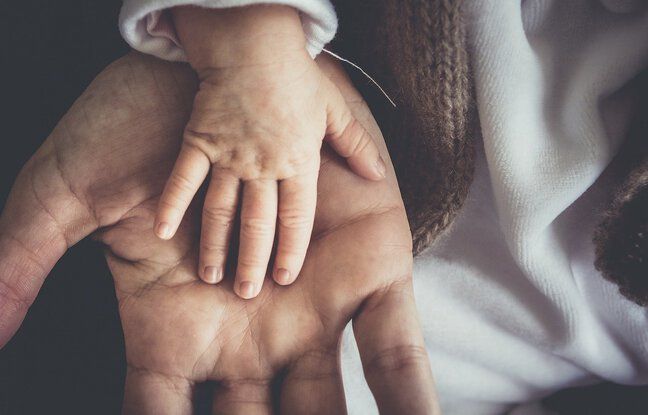 When it comes to welcoming a baby, parents are not in the same boat. Today, only 70% of fathers take advantage of their paternity leave in the private sector, and less than 1% of fathers take full-time parental leave after the birth of their child, while a reform, in force since 2015 , aimed to increase this rate to 25%. Based on these findings, the government has planned to increase, from July, paternity leave from 14 to 28 days, of which 7 are compulsory, including the 3 days of birth leave. He plans to reform parental leave and has mandated a mission that will deliver its conclusions on the subject in September.

For author Violaine Dutrop, this is not yet enough. In Maternity, paternity, parity *, which appears this Thursday, it proposes the creation of a compulsory second parent leave, which would be equal to maternity leave. She reveals the outlines to 20 Minutes.

Why is France behind compared to its European neighbors on childcare leave for young children?

In Portugal and Spain, policies concerning the care of young children were implemented to favor the employment of women, before the idea of ​​creating new rights for fathers. The aim was to find a way for women to get away from the labor market as short as possible, because their unemployment rate was very high.

But in France, everyone accommodates the fact that one in two women takes parental leave, because there are not enough childcare arrangements. However, this is not what all families want: only 30% of them want to take full-time care of their child under 3 years old.

Several attempts to reform parental leave, to make it more equal, have failed. Is it because they did not plan to increase his compensation?

This is the main obstacle. Because it is 399 euros per month for full-time leave. This poses a problem when the father brings the main income to the household. And this low remuneration contributes to devalue the parental mission in the eyes of society. But the priority is not to boost parental leave, but to act earlier, from the birth of the child, to avoid the establishment of gender roles in the family. Compulsory paternity leave must be put in place, equal to maternity leave and well paid.

You are therefore proposing a second parent’s leave of 16 weeks, 8 of which are compulsory. Would making these 8 weeks compulsory prevent men from justifying themselves to their employer in order to be able to take it?

Yes, that would facilitate access to this leave to all men who would like it, without them needing to beg for it or suffering the consequences professionally.

You insist on the fact that two weeks of this leave should be taken by the second parent alone, so that he finds himself face to face with the child. But is it long enough?

No, it is insufficient. Ideally, the second parent should be two months alone with their child. But to facilitate the implementation of such a measure, it is necessary to leave to the couples the possibility of creating their own organization.

What would be the impact of such a leave on the father-child relationship?

This measure would strengthen family ties. This would make it possible to create another way of thinking in men, who see their role as a father as secondary in the family. The relationship with parenthood would be calmer, because the child’s project would be more questioned upstream. It would also create other desires for balance of life times in fathers. Because today, many are sucked into their professional life.

You even say that this could help increase the number of on-call duty in France. Why ?

Today, only 11% of children of separated parents are in joint residence. By forging closer ties with their children, fathers would find it less logical to give full custody to the mother.

Would this measure make it possible to crack the glass ceiling suffered by women as a result of motherhood?

It would create a beneficial disorder in mainly male professional circles. If the reception leave for each new child results in a systematic absence of men, everything will change. This would increase the chances that women and men would be equal to seek a position, to advance.

You say that equal leave would be even more beneficial to disadvantaged families. Why ?

Most mothers on low incomes go on to maternity and parental leave, because the main income is provided by their spouse. If tomorrow, these couples are entitled to compulsory, long-term and properly compensated maternity and paternity leave, some of the women will return to work. This will move the lines in economic trade-offs and the distribution of roles within the family.

Do you really think that such a leave would reduce inequalities in household chores?

If both parents obtain the same availability at home, a dialogue will start on the distribution of household chores. It will change domestic reflexes.

Is society ready for such an evolution?

No, I don’t think so yet, except for the youngest. I made this proposal, which seems urgent to me, because the internalization of gender roles is a rock. This is why it is necessary for the government to affirm that there is no valid gender role in parenting, that it is normal for a father to take care of his children as much as he does. a mother. Families will gradually change their representations. But the mentality revolution will take place over at least one generation.

But in the midst of the coronavirus crisis, isn’t it illusory to believe that its cost would be borne by the State?

It’s all a political question. Spain and Portugal, which are in a less favorable economic situation than France, have decided to maintain the salary of the second parent during parental leave.

The passage, on July 1, to a week of compulsory leave for the second parent, is it not a sign that the government will not go further?

I think the government believes that this is a real step forward and that the issue is settled. But this device remains far behind compared to what Boris Cyrulnik’s report proposed. [en 2020], which advocated extending paternity leave to nine weeks.

The Socialist Party has proposed, with a view to the presidential election of 2022, to introduce compulsory paternity leave of three months. Do you think this subject will prevail during the campaign?

This subject could as well be carried by the left as by the center or the right. Because it is cross-partisan and concerns all families.

Swimming: the measurement of water quality is not demanding enough, according to associations

Swimming: the measurement of water quality is not demanding enough, according to associations

Investigation opened after a complaint of incest among Jehovah’s Witnesses

“We will be able to diagnose cancer before it appears, the challenge will be to cure it”