Procession in Paris taken to task: “We would never have imagined such a level of violence” 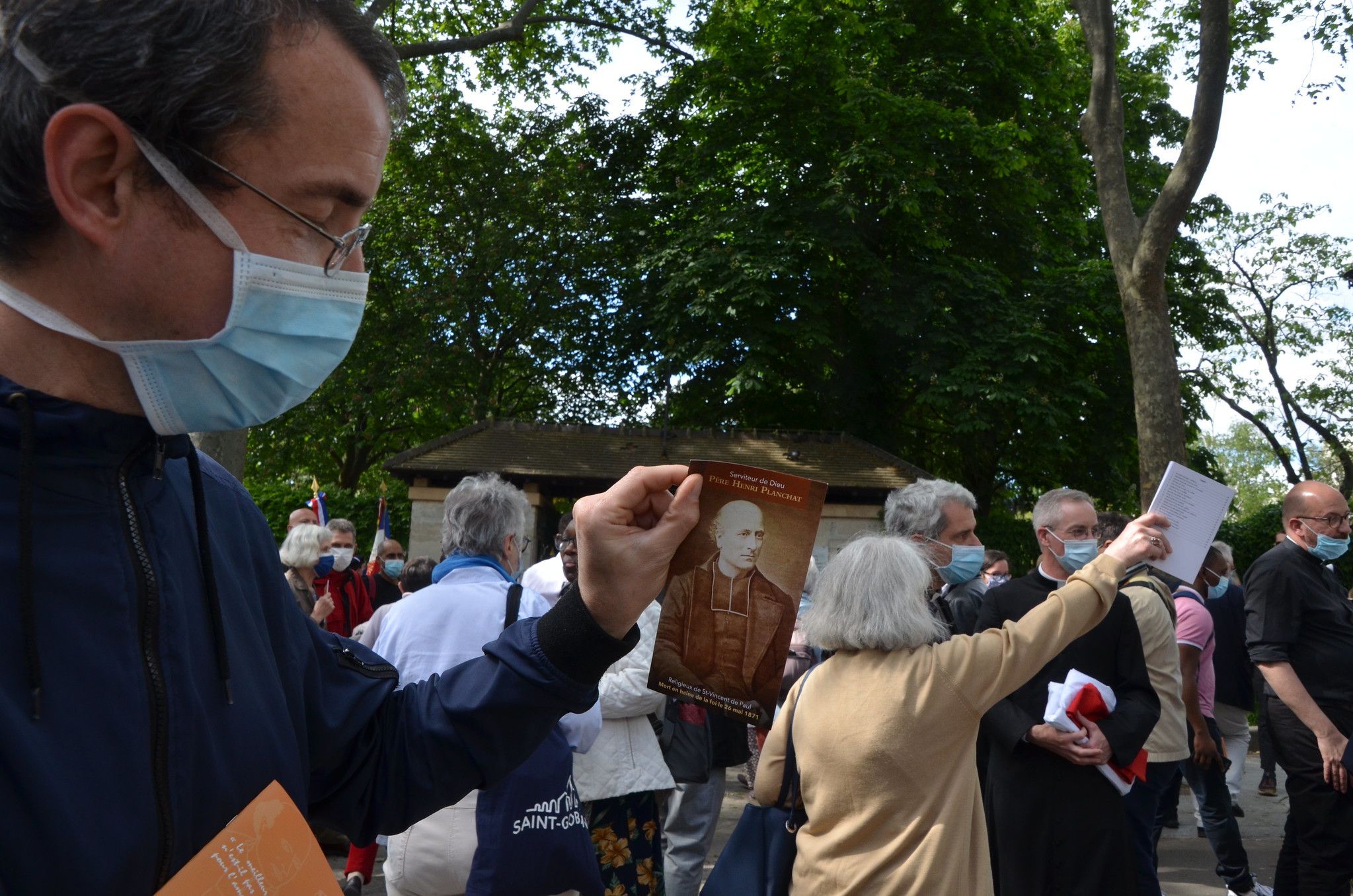 On the phone, Hubert G. seems dejected, still stunned by the events of Saturday, May 29. For this member of the parish council of Notre-Dame-des-Otages (20e arrondissement) and co-organizer of the “martyrs’ march”, the week of commemoration of the martyrs of the Paris Commune ended on a bitter note. “The last thing we wanted was to sound like a fascist protest. It missed “, he admits, annoyed.

→ CONTEXT. Why was a procession organized by the diocese of Paris taken to task?

The pilgrims, who had planned to walk from the square de la Roquette (site of the former prison) to Notre-Dame-des-Otages to follow the path of the religious imprisoned and then lynched in 1871 rue Haxo, were violently taken to party by far left activists. The photo of a sexagenarian sitting on the pavement, the skull in blood, is circulating in particular on social networks. “It’s a big feeling of waste”, regrets Hubert G.

Celebrate the memory of Father Planchat, the “Abbé Pierre” of eastern Paris

However, the organizers expected criticism, jokes which, moreover, were quick to burst out during the four kilometers of the march, “Down with the cap” or ” to death the Versaillais », Coming from passers-by or people sitting on the terrace near the step. Aware of the sensitive nature of the history of the Municipality, whose memories remain vivid, the organizing committee had planned teams to meet passers-by, initiate dialogue and explain the process.

« It was not a march to celebrate the victory of one camp against another, nor a justification of the policy of the Thiers government, much less a support for the Versaillais », assures Hubert G, who recalls that some Christians among the pilgrims say they are supporters of the Commune. « We wanted to celebrate the memory of the priests and seminarians who were shot, especially that of Father Planchat. This priest close to the poor and excluded is the equivalent of Abbé Pierre for us ”, he adds.

“Every time we organize a procession, we always have people criticizing us in the name of a bad interpretation of secularism, because we are in the public space”, recalls Father Stéphane Mayor, parish priest of Notre-Dame-des-Otages. ” But I would never have anticipated such violence. It went beyond anything I imagined. Because physical violence quickly followed verbal violence. Some pilgrims, most of whom live in this cosmopolitan neighborhood, have been hit with glass bottles.

The procession ended prematurely in the Notre-Dame-de-la-Croix church in Ménilmontant, halfway through. The participants took refuge there while the violent counter-demonstrators waited for them outside. “ It was the extreme left that was beating down on Christians, many of whom also have hearts on the left, »Laments Hubert G, who regrets a« total misunderstanding ».

The diocese knew that this procession was known to “antifas” and anarchist militants since the flyer announcing the week of prayer for the martyrs of the Commune had been shared on several militant Facebook groups. In addition, demonstrations by supporters of the Commune also took place in eastern Paris. ” In view of this concordance of events, we had alerted the prefecture, which had given us confirmation that instructions had been given to the police, »Assures Karine Dalle, communication manager of the diocese of Paris.

On the spot, two police officers were quickly overtaken and called for reinforcements. “The prefecture underestimated the risks”, concludes the diocese, which admits to having been taken aback by the level of violence. “These people have the wrong debate, the Church has never commemorated these deaths by positioning itself against the Communards”, specifies Karine Dalle, recalling that this march was part of a series of events, including conferences, which put the events of the Municipality in perspective on the historical and spiritual level.

Resonance with the martyrs

For the parish priest of Notre-Dame-des-Otages, whose parish was built on the place where the monks were lynched by the mob in 1871, these events resonate with the martyr of Father Planchat and his companions. “It was a state of mind startling similarity, in the atmosphere: we were threatened with death with: ‘Kill them all!’ “, exclaims Father Mayor, deeply saddened that the approach has aroused such hatred. The diocese of Paris has planned to file a complaint. Hubert G assures him: “If we had imagined it would be so violent, we wouldn’t have done it. “

What is the future of relations between the EU and Switzerland?

What is the future of relations between the EU and Switzerland?

After two years, the Pope appoints a bishop in Hong Kong

Linked destinies, shaken strategies… The brief for episode 9 of “Koh-Lanta”