The forgotten victims of the attacks in Barcelona and Cambrils: “I’m still waiting for a call”

Virginia López has set foot on La Rambla three times since the A-17 attacks. “It’s part of therapy,” he says. She walks along the promenade and, when she reaches the Joan Miró mosaic – the place where Younes Abouyaaqoub’s homicidal van stopped – she takes a picture while clenching her fist as a sign that she is strong, energetic: that she is still alive. On the afternoon of August 17, 2017, a Scottish friend to whom she was showing the pearls of Barcelona architecture walked into a flower stand. “He yelled at me: A van! I was going to turn around but I didn’t have time for anything. The van crashed into the kiosk. A noise like a bomb, horrible. I got stuck. Then we ran away ”.

Virginia, 45 years old, appears as victim number 131 in the judgment of the National Court that has condemned the three accused for the attacks in Barcelona and Cambrils, which left 16 dead and hundreds injured. Regarding the victims, it is an unprecedented resolution, associations and lawyers who have participated in major terrorism cases in Spain coincide. The court affirms that they have been the “great forgotten” in this story and reproaches the investigators for their deficient work: they were not systematic, which made it impossible to know the “true number” of wounded; they did not give all those affected the opportunity to appear in the proceedings; They were not exhaustive with the forensic reports on the injuries.

Virginia feels part of this collective forgetfulness – reinforced by the fact that many victims of 17-A were foreign tourists. “They have done it terrible. We have experienced an attack, there must be reparation and recognition ”, he says with a broken voice: each new chapter of 17-A (now, the sentence) makes him fly mentally to that sunny summer afternoon four years ago.

Virginia was treated at the outpatient clinic. His physical injuries were not serious: “Contusion on the anterior face of the right knee with erythema, erosion and edema”, the sentence collects. He went to work in Scotland for a while. There, coinciding with the first anniversary of the biggest jihadist attack in Spain after 11-M, he read about the abandonment of others in the same situation. And he learned about the Unit for the Attention and Assessment of People Affected by Terrorism (UAVAT) led by Robert Manrique, a survivor of the Hipercor attack.

Manrique’s office is a small museum: he keeps the cassette tapes with the recording of the trial for the ETA massacre in the Hipercor department store in 1987. It also looks like the room of a military strategist: next to the wall there is a map with colored pins that locate and identify the victims of 17-A. “The administration’s job was to look for them, but we had to do it ourselves,” he says. The office to attend to those affected by La Rambla, he complains, was only open a few weeks.

Virginia, like so many others, was passed the one-year term granted by the Ministry of the Interior to claim the status of a victim of terrorism. “The victims do not have to know the deadlines and nobody informs us. We are at home with our fears, puzzled, ”she says. The sentence has partially reversed that situation. With it, you can demand the compensation that corresponds to you and the rights that the condition of victim entails.

Iolanda Ortiz, 47, lives four kilometers from Ripoll, where the jihadist cell was created. But on the afternoon of August 17, he was on La Rambla with his family. “The van passed one meter. If I don’t get to pull my son’s shirt, he takes it ahead of him ”. Unlike Virginia, she only dared to return to La Rambla last year, and accompanied by the UAVAT psychologist. “He suggested we eat at the Boqueria market, to create new memories of that place.” Iolanda and her family came to pass through the field hospital set up in Plaza de Catalunya, but even that did not help them to have the recognition of the Interior. But the worst thing for Iolanda, victim 108 of the sentence, is the lack of support. “We have suffered a lot. And we have missed a call. The victims have been completely abandoned, forgotten ”.

The National Court affirms that it has tried to “alleviate” this anomaly with a sentence that increases the number of wounded to more than 300 in the different scenes of the attacks (La Rambla, the Cambrils promenade, the Alcanar urbanization), including the who have suffered psychological damage. The magistrates add that, although they have not been able to convict the perpetrators (deceased) for the killings, the victims have “the right to know the truth” and to recognize the “pain and damage, almost always irreparable” that they have suffered. inflicted. For this reason, the trial examined everything and not only the conduct of the three defendants: Mohamed Houli (sentenced to 53 and a half years in prison), Driss Oukabir (46 others) and Said Ben Iazza (8).

The Prosecutor’s Office defends itself

The unpublished criticism of the investigating judge and the Mossos for their poor expertise with the victims was not assumed as their own by the Prosecutor’s Office. At a press conference, the chief prosecutor of the National Court, Jesús Alonso, affirmed yesterday that the sentence gives the victims “the position of honor they deserve” and marks a “precedent” for them to be recognized in cases in which they are not can judge the material authors. The prosecutor who led the entire investigation, Ana Noé, did feel somewhat more alluded to, but defended that the victims were present “from minute one” of the procedure, and that steps were taken to request information from the hospitals. Noah admitted that it was difficult to offer them shares because many of them resided abroad.

“There is no precedent for a similar blow to an instructor for the treatment of victims. We have been denouncing it for a long time, and for the first time it has been revealed in a sentence, ”says Antonio García, a lawyer for the 11-M Association, who has participated in the 17-A trial. García explains that the Office of the Prosecutor and the Ministry of the Interior also have “enormous responsibilities” in this neglect. In line with the court, he believes that the piece of the investigation dedicated to the victims (number 5) was “nonsense” and “a mere accumulation of unclassified reports, without a minimum rigor”. Quite the opposite, he says, of what happened on 11-M.

The lawyer believes that it is a good sentence because it opens the way for no victim to be excluded. Virginia admits that it is a step forward, but she is not quite satisfied. “I consider the three defendants as guilty of the deaths as the one who was driving the van,” he says. Iolanda cares less about the prison fate of the jihadists than the well-being of her son, Iván, who is now 14 and still suffers from the aftermath of that day. “Sometimes things are simpler. It’s about picking up the phone and asking, ‘How is the child?’ I’m still waiting for a call ”. 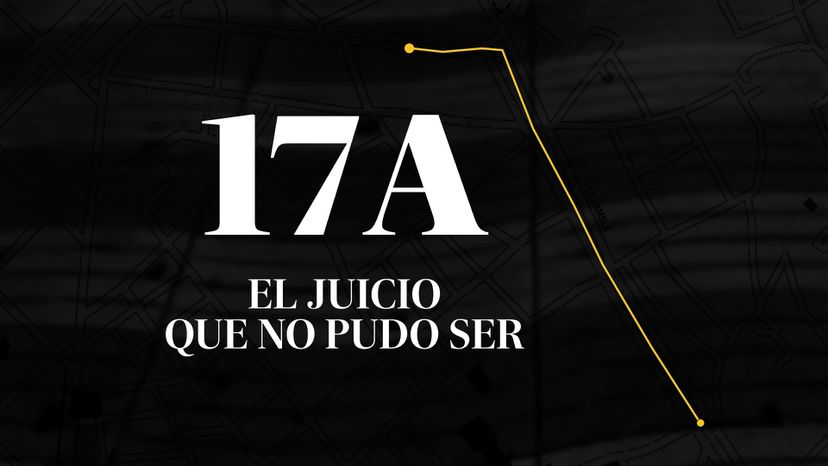 Covid-19: in Brazil, demonstrations against a “festival of lies and ignorance”

According to Rutte, people should certainly continue to work from home ‘until after the summer’

Biden less impulsive than Trump? This is what Putin hopes

According to Rutte, people should certainly continue to work from home 'until after the summer'

Back to the conflagration