Champions League: everything you need to know about the Manchester City – Chelsea final 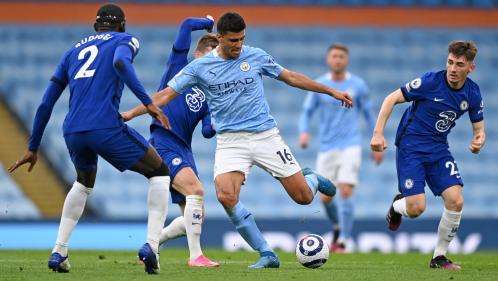 Relocation of the match, last meeting for legend “Kun” Agüero in Manchester City, 100% English final … Here’s everything you need to know about the Champions League final, Saturday May 29 at 9pm.

100% made in England. This 66th Champions League final puts English football in the spotlight with two British clubs finalists. A rare event but not unprecedented, since some English teams have already crossed paths in the C1 final.

It was also Chelsea who inaugurated the first Anglo-English final in 2008, against Manchester United. The Blues played at the same time their first final of C1 but could not touch the Cup with the big ears that year, after a draw against the Red Devils and a loss on penalties (1-1 then 6 -5 to tab).

The second purely English final dates back to just two years ago, in 2019, with the victory of Liverpool against Tottenham by the score of 2 goals to 0. The English clubs become “subscribers” to the finals of the League champions with two Anglo-English finals in 2 years.

While Chelsea have already participated in two C1 finals, the second having been won by the Blues in 2012 against Bayern (1-1 then 4-3 in the tabs), Manchester City is playing its first European final, and it will be against another English club. An opportunity not to be missed to mark the history of the club.

The final relocated to Porto

Originally scheduled for Istanbul, Turkey, the Champions League final will ultimately be played in Porto, at the Estadio do Dragao. A decision taken by UEFA on May 13, due to an outbreak of Covid-19 cases in Turkey, which has been classified in the red zone by England.

This relocation to Porto, where the health situation is more stable, makes it possible to regain a semblance of normality by welcoming the public, always under conditions. The number of supporters in the stadium was initially limited to 6,000 per club, or 12,000 in total. But, on the occasion of the opening of ticket sales on May 25, UEFA announced an increase in this quota to reach 16,500 supporters, as well as “1,700 tickets reserved for the general public”. They will have to enter and leave the territory within 24 hours and present a recent negative test.

The 6,000 Manchester City fans are celebrating Christmas ahead of time as club owner Sheikh Mansour bin Zayed al Nahyan has decided to cover the travel costs of supporters who will travel to Porto for “relieve the financial burden on supporters” regularly “subjected to difficult conditions due to the impact of the pandemic “, explained the club in a statement.

And one more. It is almost routine for Manchester City and Chelsea, who have already met three times in English competitions this season, and it is difficult to predict the outcome of their fourth confrontation in the C1 final as the matches were so stuck.

In the Premier League, the two teams are tied with a victory for Manchester City for Matchday 17 of the Premier League on January 3 (3-1), and Chelsea’s rematch on Matchday 35 on May 8 (1-2). But Chelsea took the advantage with their victory against Cityzens in the semi-final of the FA Cup on April 17 (1-0).

An advantage in direct confrontations, which could well smile at Chelsea. But the Blues could be surprised by the formation of Guardiola, who has almost achieved a faultless C1, with 11 games won this season, one game to equal the record of Real Madrid (12) in 2002.

Sergio “Kun” Agüero, the end of an era

A legend goes. After 10 seasons at Manchester City, Argentinian Sergio “Kun” Agüero announced at the end of March his departure from the club at the end of the season. His contract expiring on June 30, 2021, “El Kun” will have the honor of ending his career in blue and white with a Champions League final, enough to leave in style after a long and beautiful history with the English club.

Arriving in 2011 at City, the striker stood out in the first season with a home brace for his first game against Swansea and 23 league goals, his record in one season. And not the only one, since he became the English team’s top all-season scorer, with an impressive counter.

In 384 games played, the Argentine has scored 257 goals in total including 184 in the Premier League, a record for a Manchester City player in the English league. And the number of trophies won follows the logic of its imprint on the Skyblues with 13 titles in total (four Premier League, five League Cups, one FA Cup and three Community Shields).

The City legend has yet to find his next club, but had already expressed his emotion when it was announced that he was leaving for the English.

Pep Guardiola, the tactician with a thousand and one trophies

One club, several trophies. This is the motto of Pep Guardiola who collects them wherever he goes. First at FC Barcelona, ​​where he achieved the sextuplet with a Liga, a Copa del Rey, a Spanish and European Super Cup, a Club World Cup and a Champions League upon his arrival in 2008. Guardiola won La Liga three times in a row with her team at heart (2009, 2010, 2011) and once again took her to the top of Europe in 2011, with a victory over Manchester United in the Champions League final ( 3-1).

HBO Max signs Warner, DC and the Champions League into their team

Groenewegen sprints to first victory since suspension in Wallonia