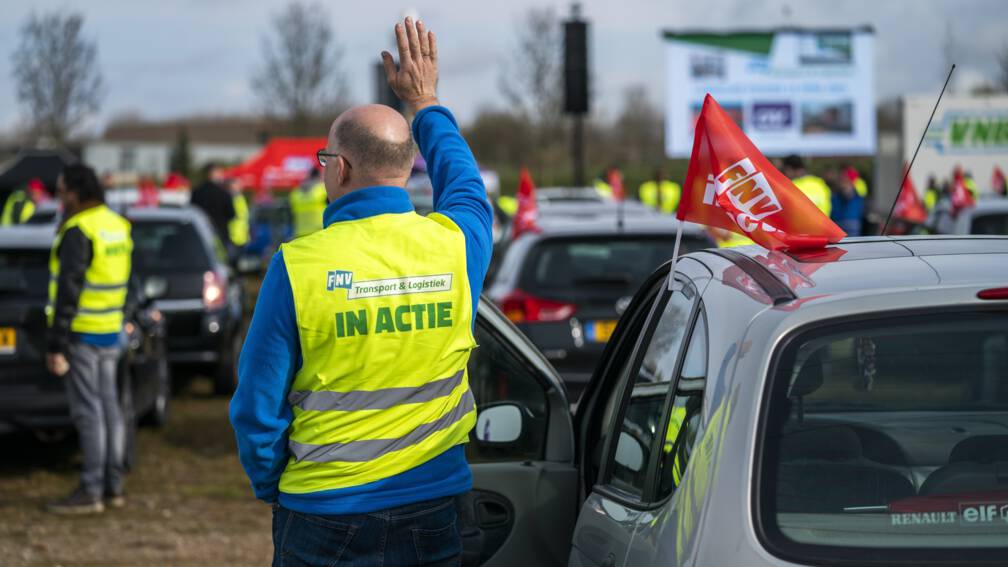 Trade unions CNV and FNV have reached agreement with employers in the transport and logistics sector on a new collective labor agreement. The campaigns for more wages and better working conditions have thus been canceled.

More than 150,000 people fall under the Collective Labor Agreement for Professional Goods Transport. In the proposal, wages will increase by 3.5 percent on 1 July. As of January 1, they will increase by another 3.25 percent. “An excellent result”, says FNV board member Willem Dijkhuizen. “The members are now going to vote on it.”

Since March it has been in various places in the country campaigned for a better collective labor agreement. The new CLA applies for the period from 1 January 2021 to 31 December 2022.

The new employment contract also states that all truck cabins will have a heater and air conditioning. They should also work when the engine is off. According to the unions, this step is very important. “On hot days it is often impossible for the drivers in the cabs to harden,” says CNV negotiator Tjitze van Rijssel.

Furthermore, agreements have been made about retiring earlier. According to the unions, employers will help pay for this, but a working group is still going to work it out in detail. This scheme takes effect on January 1, 2022 and ends on January 1, 2026.

For example, Dutch industry is working on rapid CO2 reduction

The Forgotten City, a murder mystery that originated from a Skyrim mod, comes out next month – IGN Expo