The new extension of the ERTE will cost 3,400 million

The cost of extending until September 30 the protective framework of the temporary employment regulation files (ERTE), together with the aid package for the self-employed, will mean an expense of close to 3,400 million euros for the public coffers between exemptions and benefits. This was announced this Thursday by the Minister of Social Security, José Luis Escrivá. “To date we have invested about 19,000 million, and what today [por este jueves] We present will be about 2,000 more in exemptions, “he detailed after the conclusion of the extraordinary Council of Ministers convened to formalize the extension. Labor sources confirm that the item for benefits will be 1,400 million for the next four months.

With this new batch of aid, the Government seeks to reactivate a large part of the 558,000 workers who are now in ERTE. To do this, it has increased the amount of bonuses in Social Security contributions for all those workers who return to their post. “We must reflect on the situation in which we find ourselves. We are not at the same time as in January [mes en el que se aprobó la anterior prórroga], when we had the restrictions at their peak and the prospects for evolution were much more complicated than now, ”said Escrivá to justify the adjustment of the plan. 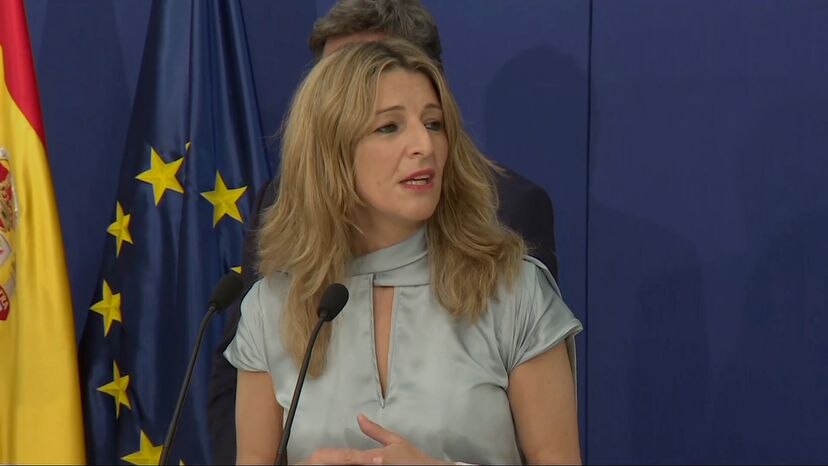 In video, the third vice president of the Government, Yolanda Díaz, celebrates the agreement reached for the extension of the ERTE this Thursday. (EUROPA PRESS)

The new public budget also houses the different types of benefits deployed since the beginning of the pandemic for the group of self-employed workers. Escrivá pointed out that 460,000 self-employed people are receiving some kind of help today, and that they will be able to continue doing so for the next four months.

Along with him, in addition to the Minister of Finance and spokesperson for the Executive, María Jesús Montero – “initiatives like this have not been approved by any government to date,” he said – also appeared the vice president and head of Labor, Yolanda Díaz. “In times of turmoil, democracy needs elements of legitimacy and one of them is social dialogue. We have shown that recoveries can be fair ”, congratulated Díaz, who reappeared after overcoming health problems that kept her away from public activity on Wednesday.

Hours before, both Díaz and Escrivá had signed the V Social Agreement in Defense of Employment at the headquarters of the Ministry of Labor in Madrid. The general secretaries of the UGT, Pepe Álvarez, and the Workers’ Commissions, Unai Sordo, also appeared. And the representatives of the employers Gerardo Cuerva, president of Cepyme, and Rosa Santos, director of employment of the CEOE. Santos attended the event to replace its president, Antonio Garamendi, who argued that he could not attend because he was traveling.

“All is well that ends well,” summarized Pepe Álvarez (UGT), who welcomed the fact that the agreement was reached “within the social dialogue”, just as the other four extensions had taken place. In the same vein, Unai Sordo (CC OO) spoke, adding to the joy shown by the rest of the members of the Tripartite Labor Commission in which the pact was closed. “It is very relevant that the social agents have been able to agree to extend this instrument after a year and a half of successful history of social dialogue and ERTE”, he declared. He said he was convinced that this new framework will produce “an important reactivation of employment and people in ERTE.”

Cuerva, the highest representative of small and medium-sized companies – of whom Yolanda Díaz said that SMEs “are lucky” to have him at the helm – showed the same enthusiasm as the rest of the participants for having reached the agreement. “We build Spain” thanks to pacts like these, added Cuerva.

That the extension was formalized this Thursday, two days after the last Council of Ministers took place prior to the conclusion of the term of the previous extension of the ERTE – established for May 31 – forced the Government to call a new extraordinary meeting of the ministerial cabinet.

Escrivá was asked if the fact that the ERTE extension was closed in injury time was the result of the tense confrontations that the Government has maintained with the employers. The minister denied the major. “This has always happened to us. All the extensions that we have signed so far have followed the same scheme. From the beginning we presented a proposal, but the negotiating dynamics have brought us to these times, and we have seen it normally ”, acknowledged the head of Social Security.

In his autopsy of the negotiation, Escrivá also denied that President Pedro Sánchez intervened at any time, despite the fact that the cameras picked up how he had a private conversation with the president of the CEOE during the presentation of the Action Plan for the Internationalization of the Spanish Economy 2021-2022, on Wednesday at the ICEX headquarters. “He has not participated directly or indirectly,” defended Escrivá. However, he did acknowledge that it was from a conversation he had that day with the employer’s leader, Antonio Garamendi – hours after his talk with Sánchez – that the negotiation was unlocked.

‘Cold reminds you of your lover’