I am in quarantine for covid, I have had several tests done and they have been negative, can I still test positive? 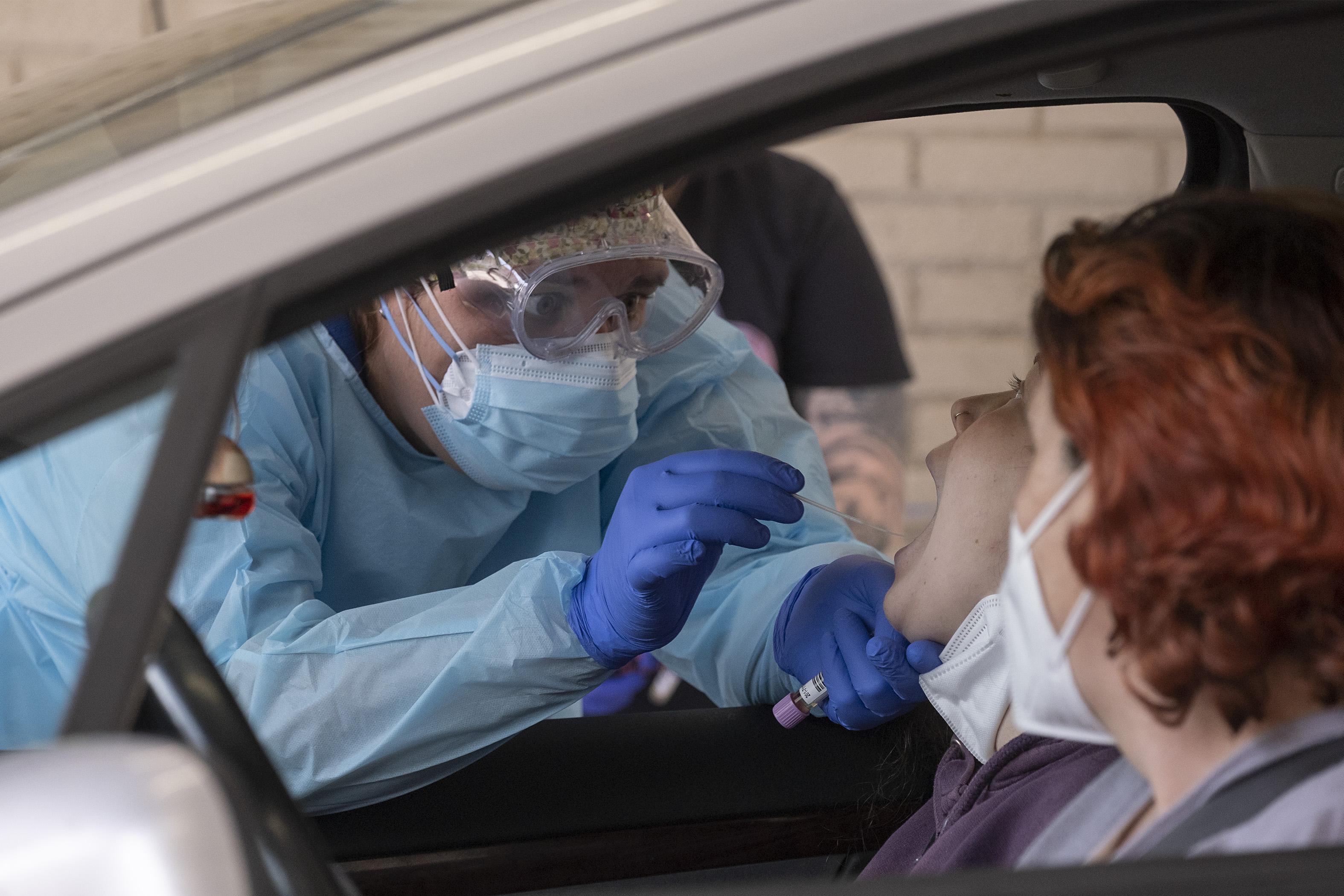 To the question of whether after a negative result you can have a positive one for the coronavirus even if you are in strict quarantine, the answer is yes. And this is so because after exposure to the virus there is an incubation period that varies from person to person. This period is the one that elapses until the virus that enters our body has reproduced sufficiently to be detected with the diagnostic techniques that we currently have.

And that period varies, among other things, because not all people are exposed to the same amount of virus. Someone can become infected because they have been exposed to a very high amount of virus and in that case it is most likely that this amount in their body will also increase very quickly and will be detectable very soon. But there are other people who have been exposed to a smaller amount of the virus and who have also been infected, although in this case it will take longer until that virus has been amplified enough to be detected by the tests.

Being exposed to a greater or lesser amount of virus depends, among other things, that the person who infects us has a greater or lesser viral load, that we spend more or less time with that person and the extent of the risk situation: in an area ventilated or not, with or without a mask, etc. In the end, whether or not one is infected is a matter of probability. And the data tells us that the higher the viral load of the person who transmits the pathogen, the greater the probability that we will become infected. The only clear association that has been found with the probability of infecting another person is the amount of virus you have at any one time. In fact, it is believed that very few people are causing the spread and spread of the virus. It is estimated that between 80% or 90% of infections are caused by between 10% and 20% of those infected. Which is surprising, but it’s also great because if all people spread the same we would be lost. There are relatively few people who have a large amount of viruses at any one time: they are those who have been called supercontagators and who are causing new outbreaks and the spread of the disease.

The amount of virus that we have in our body once infected changes in the course of the disease over time. During the first two or three days it is practically undetectable. But from there it begins to grow exponentially, it is calculated that between day 3 and day 15 after infection, with a deviation that depends on each person, the maximum viral load is reached. From a point on, when the immune system begins to control the replication of the virus, its amount begins to decrease, and in a matter of a few weeks it manages to lower the viral load of the body until the virus finally disappears.

But there is no fixed period, it depends on each person. Moreover, now, with the new variants of the virus being identified, it is thought that the periods during which people can be contagious have probably increased, and this is believed to be one of the reasons why the new British variant is has imposed so extensively. If you increase the window of time that you have a high amount of virus, you increase the likelihood that you will infect more people.

For all this, quarantines are so important. If we have been with someone infected, even if we have a negative test result, as long as not enough time has passed we can be in the period in which the virus that we have is still undetectable. And we must also take into account what type of diagnostic test we have been done because each of them has different sensitivities. The most sensitive method is the PCR that detects the virus much earlier and there is also the antigen test that is much faster, but much less sensitive; you have to have much more virus to detect it.

Therefore, if we have been exposed to the virus, it is essential to respect the quarantine even if the tests have been negative. What you have to do by all means is to try not to infect other people: avoid closed places, wear a mask, maintain a safe distance and above all isolate yourself and avoid unnecessary contacts.

Nuria Izquierdo-Useros She is a doctor in biology, head of the emerging pathogens group at IrsiCaixa.

We respond is a weekly scientific clinic, sponsored by the Dr. Foundation Antoni Esteve and the program L’Oréal-Unesco ‘For Women in Science’, that answers the doubts of the readers about science and technology. They are scientists and technologists, partners of AMIT (Association of Women Researchers and Technologists), those that answer those doubts. Send your questions to nosotrasrespondemos@gmail.com or on Twitter #nosotrasrespondemos.

Müller and Hummels go to the European Championship with Germany after 2.5 years of absence

Müller and Hummels go to the European Championship with Germany after 2.5 years of absence

Plogging, Clément Chapel’s race to clean up the planet

Curfew: download the new certificate to travel from 7 p.m. to 6 a.m.

Lessons from a mistake