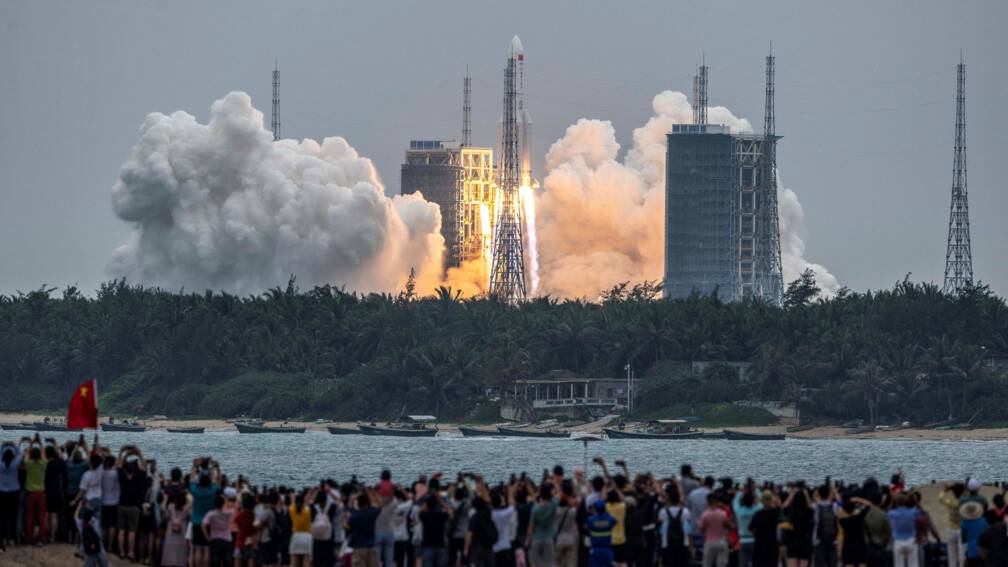 It is a kind of donkey jab, but with a piece of space debris of about 21 tons and the earth as a game board. Nobody knows exactly when or where part of the 30 meter high Chinese rocket that was launched at the end of last month will land. While China thinks there is a lot of panic about nothing, space experts are concerned about the apparent nonchalance of the country with grand space ambitions.

According to astronomers, the part of the so-called Long March 5B rocket most likely to crash this weekend is one of the largest pieces of space debris to return uncontrolled to Earth in about three decades.

Opposite space news magazine SpaceNews Holger Krag, head of the safety program of the European space agency ESA, said that it is difficult to predict how much of the current launch vehicle will burn in the atmosphere on its way to Earth. “But normally about 20 to 40 percent remains,” he says.

The heat-resistant materials, such as fuel tanks, in particular have a chance to survive the draft to the earth’s surface. Possible crash spot? As north as New York, as south as Sydney and everything in between.

The area where the missile parts can end up:

Nick Schilder looks after broadcasts on Twitter: ‘wants to know what the sentiment is’

“Doses would have been lost”: vaccinated against Covid-19 although not eligible, they tell us how they got there

"Doses would have been lost": vaccinated against Covid-19 although not eligible, they tell us how they got there

No injuries during the Friday floods in the Marne

Letting go of the backpack of the past improves our health