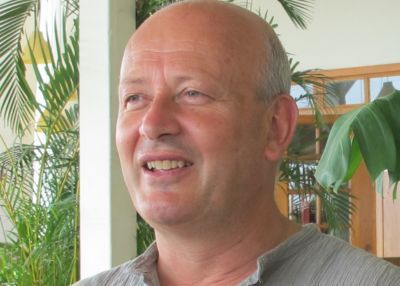 “The taste of others”: this is the phrase that resonates with the journey of Cécile and Martin Lesage, the new national leaders of the Christian Movement of Executives (MCC, approximately 4,000 members), from this Saturday, May 8. They are appointed for a three-year term. Thirty-five years after joining the movement, twenty years after having taken root in Chambéry, the couple wish to share the interest in the “common house” and fraternity with the members of the movement.

Martin and Cécile Lesage got to know each other during their preparatory classes, although he was in engineering and she was in commerce. The associative life linked to the chaplaincies of their respective grandes écoles, led by Jesuits and geographically close, makes it possible to meet at Club Tiers-Monde, ATD Quart Monde or even Non-Violence Active, from which they bring, on their campuses, a of the major witnesses, Jean Goss. As soon as they finish their studies, they get married and fly, with the Catholic delegation for cooperation, to Cameroon.

They teach mathematics, French, physics to high school students, do extras with apprentices in carving with the Swiss Caritas. They would like to extend their stay in Cameroon, but it is difficult to have any other perspective than that of teaching, especially since their first child suffers from the tropical climate.

MCC slung over the shoulder

The first response to CVs sent by Martin landed him at Sanofi, in Avignon, where he worked two years before joining Lafarge while remaining in the same city. Through the school support associations where Cécile works, they set foot in the MCC. “We didn’t know at all, remembers Martin, but we said to ourselves that it would be nice to have a place to share and get to know people. At the time we had just had our second child. “

Lafarge takes the couple on a journey: Mulhouse, Annecy, Valenciennes … The MCC accompanies them every time, especially when Martin, for a year, is forced to live far from the rest of the family and occupies a sensitive position involving a transfer of activities and of staff between two sites. “I wanted it to go smoothly, describes Martin, I was alone and needed to reflect and be accompanied. “

At the turn of the 2000s, a new turn: through the consulting firm where Cécile worked, the couple heard about a boiler making to take over, in Chambéry. The opportunity is great to develop a work integration business there. Unfortunately, the adventure ended five years later, with a frank discord between the various partners and at the helm of a commercial court. During this time, Cécile resumed studying psychology, “An old dream”, with a particular sensitivity for the world of mental handicap. “During this period, the children – there we had all six – saw what it was like to have working parents”, smiles Martin.

→ BLOG The MCC, “fifty years of attention to the world”

After having reorganized another company, specializing in telematics, Martin knows a new “Test”, that of being ” fire “ after selling the business. “Life is not a long calm river and that opens up opportunities”, comments the person soberly. While staying in Chambéry, he opened a design office and then started the Citiz adventure, a car-sharing service that extended to Auvergne-Rhône-Alpes.

The company generates a new relationship to mobility and allows “ develop cooperative management, s’enthousiasme Martin. We don’t just work for “Mammon”, goods are made to be shared ”. The experience makes it possible to work with associations, presidents of communities of municipalities, mayors, local missions, etc. It is this taste for collaboration, for sharing that Cécile and Martin Lesage wish to experience at the MCC, which they concede that they already have a lot. “Brought”. “We are not providential, pleads Martin, we are in the process of calling people to embark on this adventure. “

“It is a favorable time, to soak up the notions of” common home “, of fraternity, which permeate Praised and All brothers, describes Cécile. The breath of joyous hope which crosses them calms us and nourishes our confidence in the life always given again. “ Cécile and Martin Lesage are expecting their twelfth, thirteenth and fourteenth grandchildren.