Only 1 week until the release of ‘Ferry’ on Netflix: this is all we know about the ‘Undercover’ movie

Ferry (2021), a so-called prequel to Undercover (2019–), tells the background story of drug boss Ferry (Frank Lammers). How did the Brabander become so big in the criminal underworld? The long-awaited film can be seen on Netflix in exactly one week. Here you can read everything we know about the Undercover-film.

The film starts in Amsterdam in 2006, when Ferry Bouman works for hash baron Brink. When the gang is attacked one day and Brink’s son is seriously injured, the tracks point towards a group of campers in Brabant.

Ferry is sent to find the culprits. For this he has to return to his native region where he meets his family again after all the years. Here he meets Daniëlle (Elise Schaap), who manages to crawl under his steel armor. His search leads to unexpected discoveries and Ferry’s loyalty is severely tested …

Netflix today shares a short new clip of Ferry and Daniëlle meeting at the fair.

Penoza star Monic Hendrickx and Huub Stapel also play in the Netflix film. Hendrickx plays Claudia, the sister of drug boss Ferry Bouman. Stapel takes on the role of hash baron Brink, for whom Ferry works in Amsterdam in 2006. Hendrickx previously announced in an interview that she has experienced playing a supporting role as more difficult than being allowed to play the lead role.

A supporting role is always more difficult to play than a lead role because you are stepping into something that has already formed. But Frank [Lammers] is such a team player. I was received quite lovingly. So in this case that was no problem.

Finally, Frank Lammers assured us that Ferry and Daniëlle are featured enough in the film, after the many complaints Netflix received about the second season of Undercover. Unfortunately, dog Khaleesi will not pass by… “This is a prequel and Khaleesi is not actually born yet,” said Lammers.

Ferry is from next Friday May 14 can be seen on Netflix.

Watch the trailer for this Ferry: 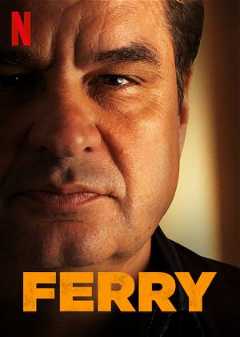 With Frank Lammers and Elise Schaap

The story begins in 2006 in Amsterdam. A ruthless Ferry Bouman works for hash baron Brink, a powerful criminal and Ferry’s mentor.

Regular broadcasts of Other Times disappear from TV

“HPI” is still a hit with audiences on TF1

"HPI" is still a hit with audiences on TF1

Finding your place despite the difference

In Rennes, the gates of a school covered up to avoid the sight of dealers