Actor Jesse Williams will leave the cast of Grey’s Anatomy (2005–). The creators of the series have confirmed this after questions from fans about the first episode of the latest season.

It is not immediately over with Williams’ character Jackson Avery. Avery still appears in a number of episodes of the seventeenth season, but then he is seen off for good. The reason for the actor’s departure has not been disclosed, but producer Krista Vernoff says they are going to miss him on set:

Jesse Williams is an extraordinary artist and activist. Watching him evolve both on and off the screen over the past 11 years has been a real gift. Jesse brings so much love, care and intelligence to his acting. We will miss him terribly and we will also miss Jackson Avery, who he played perfectly for years.

Maybe Williams himself decided to quit, or maybe his contract simply expired. In any case, the actor does not have to get bored now, because he is now working on all kinds of other projects. For example, he (together with Vernoff) is working on the production of Rebel (2021–), a new series that can be seen on Disney + from the end of May. He also produced the Oscar-winning short film Two Distant Strangers (2020) with Joey Bada $$, which is now available on Netflix. Williams will also soon be seen as one of the protagonists of Marked Man, a film currently being produced for Amazon Prime Video. 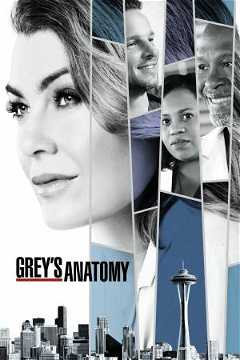 With Ellen Pompeo and Justin Chambers

The sixteen complete seasons of Grey’s Anatomy are now available on Amazon Prime Video, Disney + and Videoland. It is not yet known when the seventeenth season will appear in the Netherlands, with Williams’ farewell.

NOS and NPO demand that Tarik Z. is still prosecuted for intimidating video

What do you want to know about the Dutch plans for a vaccination passport?

Do people change their habits during pollution peaks?