The producers of De Oost (2020) must place a disclaimer with the film. That is the opinion of the Federation of Dutch Indies. The organization therefore filed a lawsuit against the filmmakers.

Such a disclaimer is necessary according to the federation because the film would make historical claims that do not correspond with the facts. This is what FIN chairman Hans Moll said:

Because this film goes back to historical events, the impression can be created as if the film also represents historical reality. That is not true. Those involved, but also viewers, have the right to know that the film is primarily an interpretation of the producer and the director.

According to the team behind the East, Moll’s statements in turn are not correct at all. That said producer Sander Verdonk in an interview with NU.nl:

[…] Our film doesn’t start until after the bersiap. The disclaimer they want is therefore historically incorrect, because the Netherlands decided not to take military action because of the bersiap, but because of the declaration of independence by Sukarno.

The two parties have talked to each other before, but nothing came out. That is why the FIN is now going to court. This will make a ruling on the possible mandatory disclaimer next Tuesday.

In addition to substantive claims about the time of the military in the Dutch East Indies, the federation also had difficulty with the color of the uniforms of the characters, the mustache of Marwan Kenzari’s character Raymond Westerling and the font used on the poster of the film. Verdonk emphasizes to NU.nl that we are talking about a fictional film, not a documentary.

Our film is an artistic interpretation of historical facts. If we had to post that disclaimer, it would be a violation of freedom of expression.

Whether the producers still have to place a disclaimer with the film, will become clear on Tuesday. 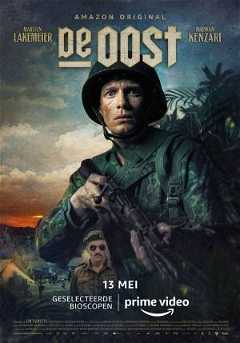 With Martijn Lakemeier and Marwan Kenzari

‘De Oost’ is set during the Indonesian War of Independence in 1946, and tells the story of Johan (Martijn Lakemeier), a young Dutch soldier who is sent out together with a hundred thousand others to put things in order in the Dutch East Indies.

The East can be seen on Amazon Prime Video from May 13th. Watch the trailer for the much-discussed movie here:

Why was the island of Jersey targeted by French fishermen?

Why was the island of Jersey targeted by French fishermen?

Are the Blues too confident before the Euro, wonders “Mixed Zone”