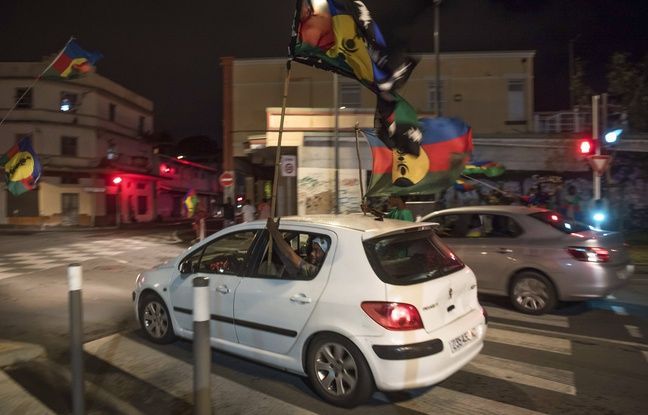 It is for the moment an end of inadmissibility sent from Noumea to the Prime Minister. FLNKS leaders said on Wednesday that they would not be going to Paris at the end of May at the invitation of Jean Castex to discuss the political future of New Caledonia. The separatists question “the lack of preparation” of this mission.

“There is no urgency to go to Paris at the end of the month because the subjects of sovereignty which must be discussed with the French State deserve preparatory sessions”, indicated the leaders of the independence coalition , which had met on Saturday in convention. “The format and the agenda are unclear” were invoked by the Front de Liberation Nationale Kanak Socialiste, which asked the state “to send a senior official empowered to prepare” the trip.

A third referendum expected before October 2022

Jean Castex invited a panel of loyalist and separatist leaders to Paris from May 25 to June 3 “to talk about the future of New Caledonia”. As part of the decolonization process of the Nouméa Accord (1998), a third and last referendum on independence will take place before October 2022. A sequence with Emmanuel Macron was announced.

The consequences of the yes and no to independence as well as the date of the election, which raises fears of a return of community tensions, were the main subjects on the agenda. The first two referendum polls of November 4, 2018 and October 4, 2020 were won by 56.7% and then 53.3% by supporters of maintaining the island in France.

The FLNKS also indicated that it would not participate in the restitution Thursday of the results of the citizen consultation, launched by the State to allow civil society to take part in the debate on the institutional future of New Caledonia. These decisions come as the separatists won in mid-February the majority of the members of the collegiate government, six out of eleven, after having brought down the previous executive led by the loyalist Thierry Santa. Due to a lack of agreement between the two streams of the FLNKS on the name of the president, the elected government has not yet taken office.

The Dutch only want to stop after recent relaxation

Through Napoleon, what do we commemorate?

Through Napoleon, what do we commemorate?

In Istanbul, a temporary that goes on forever