Germany wants to relax rules for vaccinees, the Netherlands ‘not yet in that phase’ 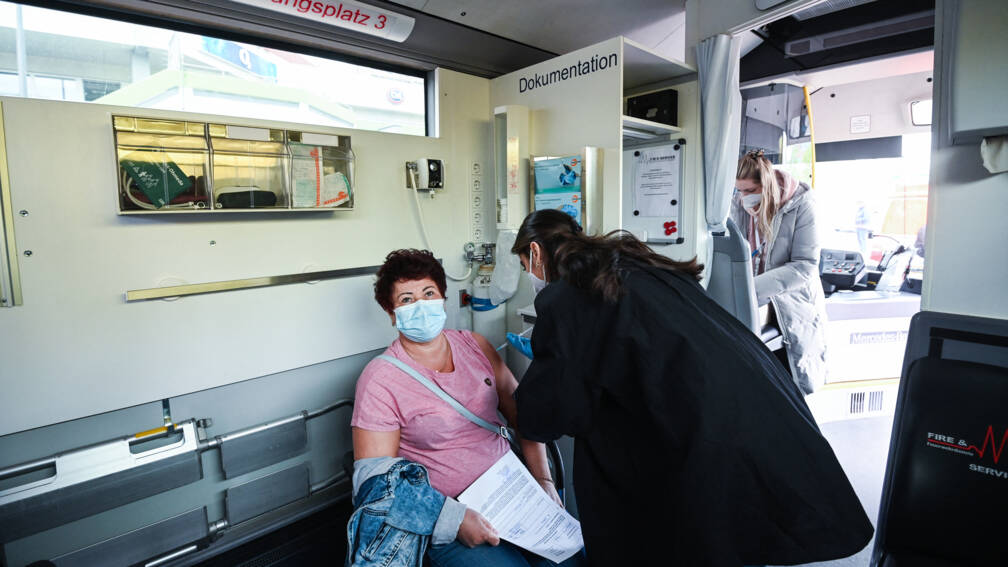 Good news for people in Germany who have been vaccinated against corona or who can prove that they have had corona. The German government wants them to regain their freedoms as soon as possible. That means no more restrictions on how many people they can see and no quarantine obligation.

Now you can only shop in Germany if you can show a negative test. The same goes for a visit to a museum or zoo. But if it’s up to the government, that will soon no longer apply to people who have been fully vaccinated or who have been cured of corona.

Even then, everyone still has to keep their distance and wear masks. “But there are really a lot of freedoms back for them,” says correspondent Judith van de Hulsbeek. “People are allowed to come together again, then there are no more contact restrictions.”

A person is considered cured if they test positive for corona between four weeks and six months ago. The person still has to undergo a one-time PCR test. If it is negative, the restrictions are lifted. Someone who has been vaccinated no longer needs to take a PCR test.

This adjustment still has to be approved by parliament. With a green light, the easing can start this weekend. “There are some reservations, but much resistance is not expected”, says Van de Hulsbeek.

Young people have a hard time with it. They have to watch how elderly people and medical staff in particular can move more freely again. “There is vaccination jealousy,” says Van de Hulsbeek. “But the predominant thought is that it is not about privileges that you give to vaccinees, but that it is about giving back fundamental rights.”

And for the youngsters too, there is a light at the end of the tunnel. At the beginning of June, the German government hopes to be able to end the vaccination sequence. “That means that anyone who wants to be vaccinated can make an appointment. So there is a prospect of a vaccination for everyone,” said Van de Hulsbeek.

Since a week there has been more momentum in the vaccination rate in Germany. Yet the number of people who have had a second shot is still relatively low. “Daily records of more than a million injections are sometimes achieved, but only barely 8 percent have had the second injection”, says Van de Hulsbeek. The German government hopes to have stung anyone who wants to by the end of the summer.

The Netherlands ‘not yet in that phase’

Minister Hugo de Jonge of Public Health does not yet see more freedoms for vaccinees in the Netherlands. “You can make things possible earlier, but we are not at that stage yet. We have a much higher infection rate than Germany, which must first be reduced.”

The Netherlands commemorates the dead on Dam Square, in the House of Representatives and with digital flowers

The hippocampus is a hippopotamus