Death of Béchir Ben Yahmed, founder of the magazine “Jeune Afrique”, created in 1961 in Tunis 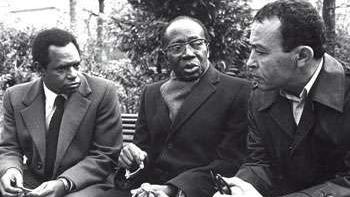 Founder, more than 60 years ago, of the Magazine Young Africa, the Franco-Tunisian journalist Béchir Ben Yahmed, died of Covid-19 on May 3, 2021 at the age of 93. First pan-African magazine by its distribution and its audience, the title Young Africa has long been the reference media source in French-speaking Africa.

Born in 1928 in Tunisia, then a French protectorate, Béchir Ben Yahmed had worked for independence and was part of Habib Bourguiba’s government as Secretary of State for Information in 1956-57.

After creating a first magazine, L’action, in 1956, linked to the neo-destour party, this HEC graduate launched in 1961 Young Africa, against the advice of President Bourguiba, who does not welcome the emergence of an independent press. He then gave up his ministerial career in favor of that of journalist and decided in 1962 to leave Tunis for Rome, then two years later, for Paris.

“Founded to support the movement for the emancipation of the peoples who, at the dawn of the 1960s, gained independence, Jeune Afrique took an active part in all the struggles that have since punctuated the history of the continent”, recalls the media he has long managed.

Under his aegis, the magazine gave birth to a press group, Jeune Afrique Media Group, which also publishes the English-language magazine. The Africa Report, and the newsletter Young Africa Business. He also created Review, magazine dedicated to international news. At the end of the 2000s, he had passed on the reins of Young Africa to his sons and to the editorial director François Sudan. In recent years, JA (as it is called) has distinguished itself with infomercials paid for by African potentates, which has somewhat tarnished its image as an independent media outlet.

“The prohibitions of which we have been victims throughout our history are proof of our independence. That Jeune Afrique was consciously involved in a compromise, I do not believe it. That we have made compromises, that we have taken into account a number of imperatives, of course. “

The Jeune Afrique group is now in the midst of a digital transformation, accelerated by the Covid-19 crisis. Newsstand sales have fallen sharply since the start of the pandemic, the magazine, long weekly, then became monthly. At the end of 2020, the group launched a restructuring plan providing for the elimination of 21 positions out of a total of 134, while hoping to straighten out its workforce by 2022 by expanding its digital teams via its site. jeuneafrique.com.

Syria, a country in ruins

Syria, a country in ruins

France: back to school for small classes after three weeks of closure to fight against the pandemic

TVE defends the participation of Victoria Abril in the next ‘MasterChef Celebrity’: “He apologized”