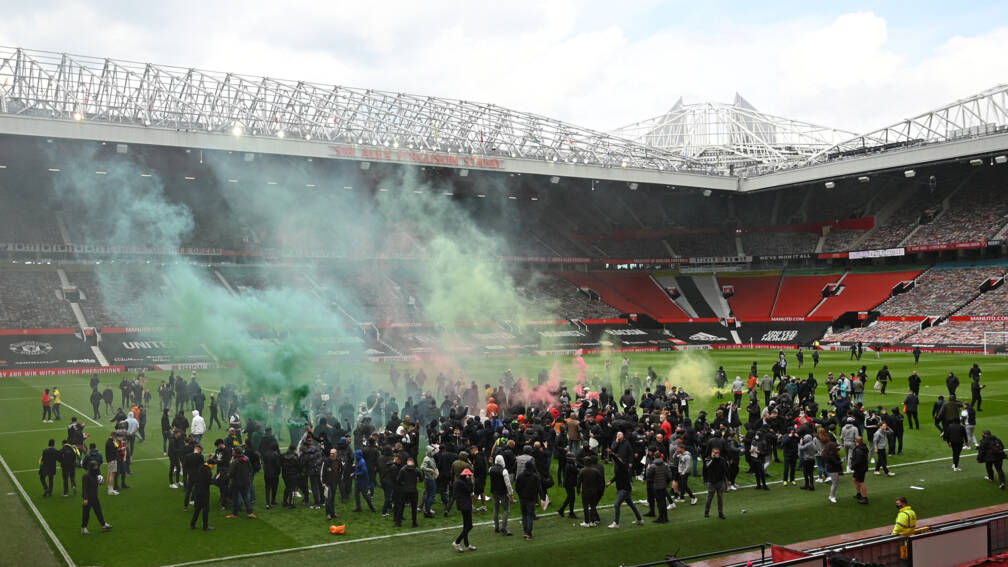 The Premier League match between Manchester United and Liverpool, which would start at 5.30 p.m., has been postponed for the time being. The field at Old Trafford was occupied earlier in the day by some 200 angry United fans, who protested against the American club owners, the Glazer family.

They are held responsible for the plans to join the Super League. Supporters reacted furiously to the plans, which forced Manchester United – like the five other English clubs in the Super League – to withdraw from the ambitious top league.

General manager Ed Woodward, seen as the pioneer of the offending project, decided to announce his departure at the end of the season. Joel Glazer, scion of the wealthy owner family, apologized to the fans in an open letter. “The wounds are still fresh, and only time can heal the scars,” Glazer wrote.

“But I personally want to make sure that fans’ trust is restored, and I want to learn from the message you have delivered so compellingly.”

Fire arrows in the direction of honor

Some of the fans are not satisfied with those excuses. Due to a boycott by all English football clubs and social media agencies in protest against racist and hateful statements on the various media, it remained unclear what was going on for a long time.

Videos shared by demonstrators on the spot show furious fans from the field at Old Trafford shooting flares at Manchester United’s honorary leg, among other things.

Ten Hag sees no harm in partying with fans at ArenA: ‘We missed them’

Appeal rejected: Koeman has also been suspended against Atlético

Van Gerwen rumbles through the Premier League and takes the lead