Indian variant of Covid-19 in Le Havre: sailors from an oil tanker placed in isolation 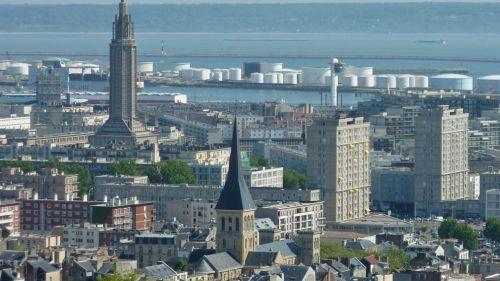 After the first analyzes, the Normandy Regional Health Agency sent samples to determine the “precise nature of the virus”.

We know a little more about the suspected case of the Indian variant of Cobid-19 in Le Havre. After the mid-week announcement of several suspected cases in several cities in France, including Le Havre, the Normandy Regional Health Agency indicated that reinforced investigations were underway after people who had stayed in India were tested positive and quarantined.

A “cluster” on board a boat

Yesterday (Friday April 30, 2021) the ARS-Normandy provided some details on these cases and the suspicion of the presence of the Indian variant in Le Havre.

We thus learn that the people concerned are the sailors of the oil tanker which was to call at the port of Antifer (Seine-Maritime) about twenty days ago. before being towed to Le Havre after the appearance of a large number of Covid cases among the crew.

All the sailors were then placed in isolation on April 18 before their arrival in Le Havre (positive cases and risky contacts) indicates the ARS which specifies that once the boat is docked, “the isolation continued in a dedicated hotel, accompanied by strict control.”

This source of contamination (“cluster”) included 16 positive cases which were carefully monitored. After the first analyzes carried out by the Le Havre Hospital Group, a sample of two samples was taken. “addressed in sequencing” at the National Reference Center (CNR) of the Pasteur Institute for epidemiological monitoring for “verify the precise nature of the virus contracted and confirm or not the presence of this Indian variant”. Virological investigations which are part of the monitoring of the circulation of variants on the national territory.

But it is not before May 3, that the results will be known since the ARS-Normandy, in connection with the CNR, awaits the results of these sequencing for next week.

It was during this weekend of May 1 that, out of the entire crew, two sailors ended their isolation. ARS-Normandie reminds us on this subject that people come out of isolation once they are no longer contagious and that all the crew members have observed strict isolation for the required duration.

City takes the next hurdle at Crystal Palace; Liverpool can decide title fight

In Argentina, marginalized trans people turn to the Catholic Church for help

In Argentina, marginalized trans people turn to the Catholic Church for help